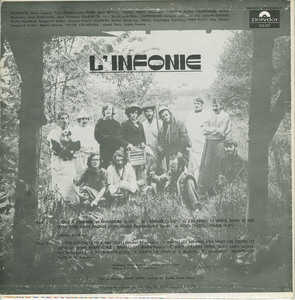 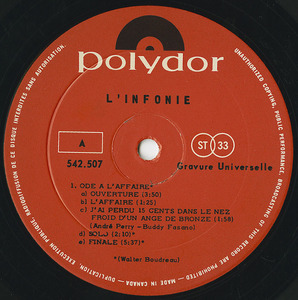 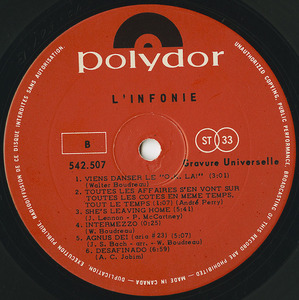 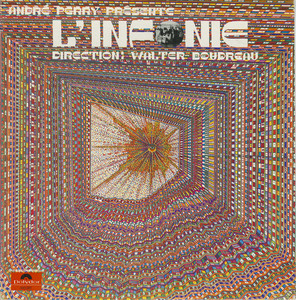 The Montreal-based electronic/free jazz/avant-garde collective L'Infonie formed in 1967 under the direction of Walter Boudreau and featured Quebecois singer/poet Raoul Duguay in his recording debut. Vol. 3 was the first of four albums recorded from 1969 to 1974, with the others sporting such droll titles as Vol. 33 Mantra (1970), Vol. 333 (1972) and Vol. 3333 (1974). And with as many as thirty-three members contributing, L'Infonie took creative anarchy to the extreme.

Boudreau himself would later write in Raoul Duguay: Ou, Ie poete a la voix d'o (1979): "L'Infonie is part of a historical movement that tried to shake the foundations of our culture. Shock, surprise instead of just trying to please. Going against the grain. In those days the group members weren't drop-outs, but were out of the usual standard of clean and too polite. We had seen enough, we went out of our way to be extreme, wearing toilet seats or hangers on our head for example. It might not have been totally articulated. The affinity between Raoul and myself and the other members of l'Infonie, wasn't much in what we had to say, but more in the food, sex, philosophy, music. All was subject for change."

Vol. 3 is easily one of my favourites of the genre.

(Vol. 3 was issued in CD form back in 2000 by the good folks at Mucho Gusto Records.)
-Robert Williston