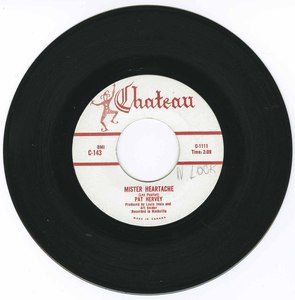 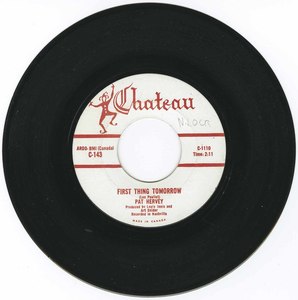 Canadian female teen rock-pop singer Pat Hervey was born in Toronto, Ontario, Canada and sang from an early age, performing at high school functions. While performing on CBC TV weekly network TV show "Club Six" in Toronto she was noticed by Chateau Records president Art Snider who signed her for three 7" single releases including her first, and biggest, hit Mr. Heartache from 1962.

With her television exposure and touring concerts, Nashville producer Chet Atkins took notice and helped her secure a recording contract with RCA Victor. Atkins produced several singles including her 1963 hit Tears Of Misery.

She is married to reowned Canadian jazz guitarist Oliver Gannon and they reside in British Columbia, where they have a four-piece group and perform as The Oliver Gannon / Pat Hervey Quartet.

Mr. Heartache received a Talent Pick for Pat Hervey in the U.S. music publication, Billboard. It was a hit record for the singer in Canada and stayed on the Toronto CHUM chart for 12 weeks !