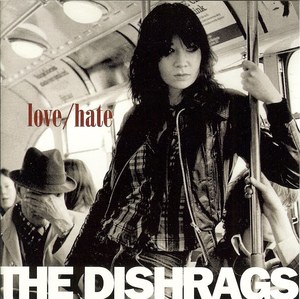 When the Dishrags formed in Victoria, British Columbia, in 1977, they were like the Runaways without Kim Fowley's behind the scenes machinations: three teenage girls -- singer and guitarist Jade Blade, bassist Dale Powers, and drummer Scout -- devoted to the Ramones and the Clash and creating their own short, sharp shocks. Moving to the more punk-friendly Vancouver scene (where bands like D.O.A and the Pointed Sticks were already defining the sound of western Canada's new wave) in 1978, the Dishrags made their debut on the now-legendary Vancouver Complication anthology. If they had never made another recording, the Dishrags would remain beloved in punk-fanboy circles for the track "I Don't Love You." 103 seconds long and built on an insistent, scratchy guitar riff and a positively crazed drum part played primarily on the ride cymbal, "I Don't Love You" is as clangorous and primitive as U.K. second-wavers like the Slits or the Desperate Bicycles, but it also features an instant-classic pure pop chorus that would do the Buzzcocks or the Undertones proud. The Dishrags followed that up with a slightly more polished three-track EP, "Past Is Past," and following a lineup change -- Powers being replaced by second guitarist Sue MacGillivray and bassist Kim Henriksen -- the band traveled to London to record the EP Death in the Family. Produced by Chris Spedding and featuring a more traditional punk-pop sound akin to the Adverts' first album, Death in the Family was insistently tuneful and clever. The wistful title track seemed to have actual hit single potential, while "Love/Hate" explored a darker post-punk sound along the lines of Siouxsie & the Banshees. Though RCA's U.K. imprint released the EP, it disappeared almost immediately, and the Dishrags broke up. Over a decade and a half later, the Canadian reissue label Other People's Music gathered the complete recordings by the Dishrags -- the two tracks recorded for the Vancouver Complication sessions, including the previously unreleased "Bullshit," the single, the EP, and ten demos and live tracks including covers of Lou Reed's "Vicious," the Ramones' "I Don't Wanna Walk Around with You," and the Clash's "Janie Jones," alongside previously unheard Dishrags originals. This is a textbook example of how to do a punk-era reissue properly.
-Stewart Mason, AllMusic