The Dishrags, or Dee Dee and the Dishrags (named after their favourite Ramone) as they were originally known, were one of the first punk bands to come out of Vancouver, and might just be the first all-female punk band in North America. Made up of three High School students, Jade Blade, Carmen Michaud and Dale Powers, who started playing together in 1977, and unable to find gigs in their native Victoria, the band relocated to the more metropolitan Vancouver, where there was already a vibrant music scene.

Dishrags 3Singer guitarist Jade Blade, was only 15 years old when the Dishrags played their first show on July 30th 1977 at the Japanese Hall supporting her cousin’s band, The Furies, in what is now considered to be the city’s first punk show.

After recording two tracks for the compilation “Vancouver Complication” music critic Stewart Mason wrote, “If they had never made another recording, the Dishrags would remain beloved in punk-fanboy circles for the track ‘I Don’t Love You’. 103 seconds long and built on an insistent, scratchy guitar riff and a positively crazed drum part played primarily on the ride cymbal, ‘I Don’t Love You’ is as clangorous and primitive as U.K. second-wavers like the Slits or the Desperate Bicycles”

The Clash invited them to be the opening act for their 1979 Vancouver Show, a show which also included a set from Bo Diddley, and as way of thanks, The Dishrags even finished their set with a rendition of “London’s Burning”.

With a line up change, in 1980 the band recorded their final “Death In The Family” EP with producer Chris Spedding, but the band petered out soon after.

In an interview with the Vancouver Sun in 2014, Jill Bain/Jade Blade looked back on the break-up with nearly a quarter of a century’s worth of hindsight;

“Honestly, I think it ran its course,” Jill Bain said. “I don’t think it would have been a good idea to carry on. It was something that worked really well when we were young and excited.”

In 2010, having reformed and been the subjects of the documentary “Bloodied but Unbowed” the three original Dishrags, talked to the punkmovie.com about the early years in a clip which also features live footage from the time.
-Lene Cortina, punkgirldiaries.com

How 3 teenage girls opened for The Clash 40 years ago

'The Clash were actually standing by the side of the stage, dancing'

It's been 40 years since female punk rock band, The Dishrags, scored a gig opening for The Clash at The Commodore Ballroom in Vancouver. In 1979, bandmates Jill Bain, Chris Lalonde and Carmen Michaud were 17 years old when they performed at The Clash's North American debut. "It was a really thrilling moment because we were huge Clash fans," said lead singer Bain, also known as Jade Blade. The Vancouver-based band played a cover of The Clash's London's Burning as their encore. "I think the biggest thrill was that when we were playing the song, The Clash were actually standing by the side of the stage, dancing. I mean, that was just the most awesome thing to see them there," Bain told Early Edition host Stephen Quinn.

Getting the gig
Bain and her bandmates were pretty new to the music scene, having dropped out of high school in Central Saanich only two years earlier to pursue their punk music dreams in Vancouver. She thinks it was The Clash's manager, Caroline Coon, who had the idea to hire the girls. "[She] had her own mandate to hire female bands to open for The Clash," said Bain. "Every chance they got they would hire female bands, which was awesome because punk was a bit of an opening for women to enter into the scene."

The Dishrags continued to get gigs and played together until 1980, and then the band members began to play with parody bands for a while. Bain said at that point the punk scene had shifted and it didn't have the same familial quality as when they entered, but the women kept collaborating with other groups, like Corsage, into the 1980s.

Today, Bain is an art history teacher at the University of the Fraser Valley, Lalonde lives in Nanaimo and is a transit bus driver and Michaud lives on Salt Spring Island.

Novelty
In 1979, The Dishrags stood out for being an all-female punk band.

"It was pretty new and I think that for us was an advantage in that we got on a lot of bills, because we were a bit of a novelty act," said Bain.

Hanging with the band
Bain remembers the British punk rockers were excited to explore Vancouver because it was their first North American tour.

"[The Clash] actually came down to The Windmill on Granville Street, which was a little hole-in-the-wall punk club, and they hung out there," she said.

"We got to hang out with them before the show too, which was was really nerve-wracking because [we were] three 17-year-old girls, and these guys were our idols."

She recalls being wowed by a buffet dinner they were served, but being too nervous to eat.

"[We were] pushing the food around on our plates while trying to make conversation with these guys."

More shows
After that night, The Dishrags went on to open two more times for The Clash, as well as The Ramones.

The last time they opened for The Clash was in 1984, as backup singers with the band Corsage at the Pacific Coliseum in Vancouver.

"It was actually their last North American show, so we got to kind of bookend ... first show and last show."
-Dominika Lirette, CBC, February 3, 2019 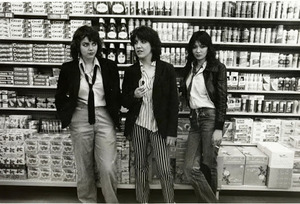 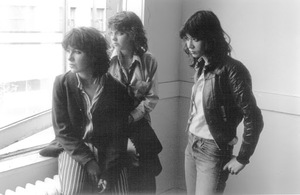 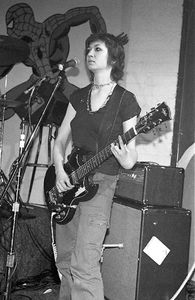 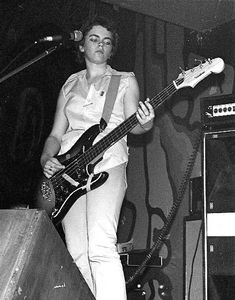 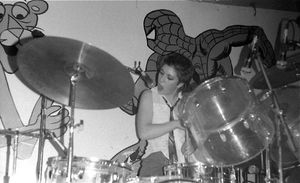 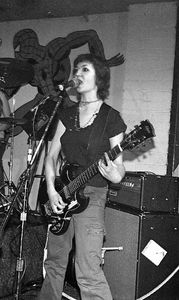 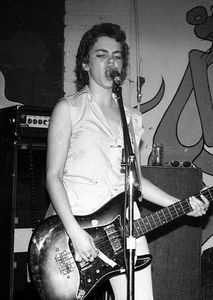 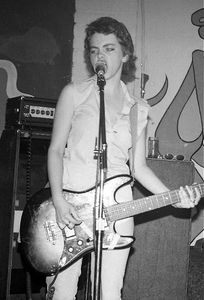 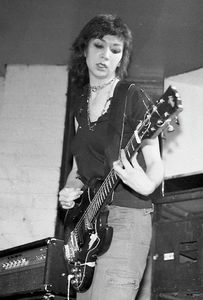 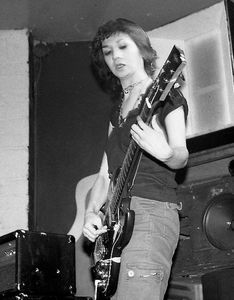 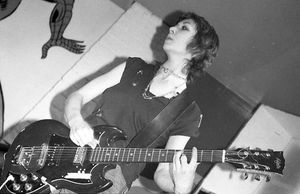 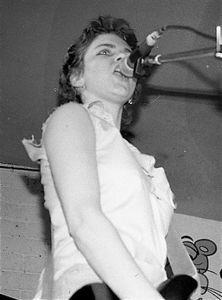 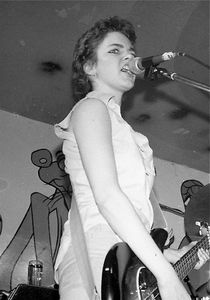 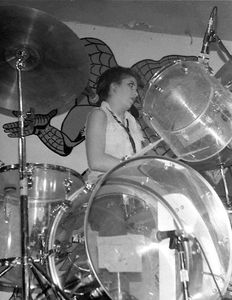 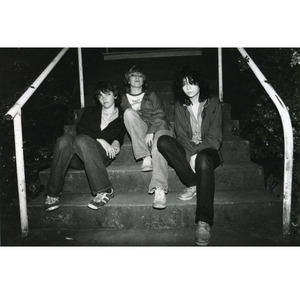