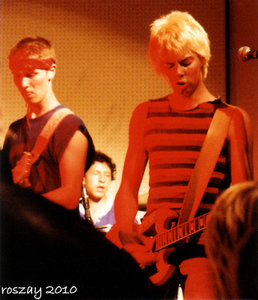 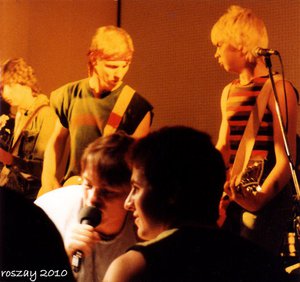 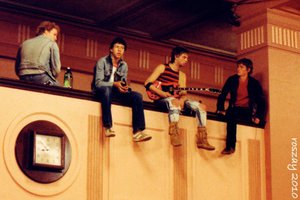 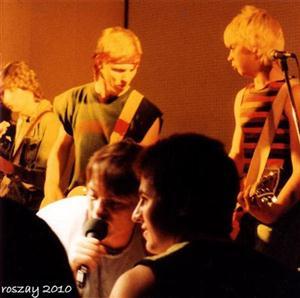 A really good band from Edmonton. Unfortunately they never released anything. The good folks at Girls from Tahiti.com have uncovered two tapes. One of the tapes is a live tape containing 14 tracks, and the second tape contains 13 practice/ rehearsal recordings, both probably from 1980. Neither were ever officially released, likely they were just made by the band or someone around at the time. The song titles are a best guess. One of the songs from the live tape (Color TV) was on the "Only In Canada, Eh?" CD. At the end of the live set you can hear someone say that Joey Did and The Necrophiliacs are coming on next. They were also from Edmonton and they were an early version of the Malibu Kens.

Most of the material was recorded on a sony recorder ghetto blaster.

The notes from the CD booklet state: "What originally started in 1978 as Paul and some friends getting onstage at a Subhumans gig and doing a couple covers as a lark soon took them to practicing on a regular basis. In the fall of 1980, two members left and the band went on a temporary hiatus until Paul met Dan, Kevin and Dave. Before long they had a repertoire of about a dozen songs. Soon after, the Diefenbakers headlined their first show with the Rock and Roll Bitches with about 200 people in attendance. A month later they opened for the Braineaters and in 1981 for the Subhumans. Not long after the Subhumans gig, the Diefenbakers split due to differences in musical direction but this was only temporary. The band underwent changes with George Kelly replacing Dave on drums and adding John Gilchrist on bass thus allowing Dan to sing exclusively. The reformed Diefenbakers played their first gig with the Nostrils and their next show was the climax of their career, opening for DOA on their Hardcore 1981 tour. After a three night stand at the Calgarian and a gig opening for Moe Berg's Troc 59, they dissolved due to members of the band moving away from Edmonton. This spelled the end for a band that was essential to the Edmonton scene, and influenced many people to start bands. There are a few live tapes around, but the song quality can never do the band justice."

From girlsfromtahiti: There are 2 recordings of the band. The song titles are a best guess that came written on a piece of paper that came with the tapes. The first is from a show at Bon Accord, Alberta in 1980. The version of "Color T.V." appearing on the "Only In Canada" CD was taken from this show. At the end of the show, someone mentions that Joey Did and The Necrophiliacs will be on next. We'll have something from them coming soon.