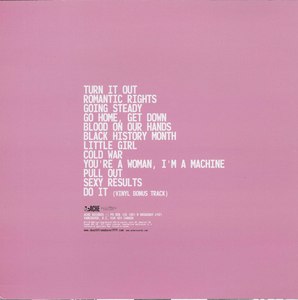 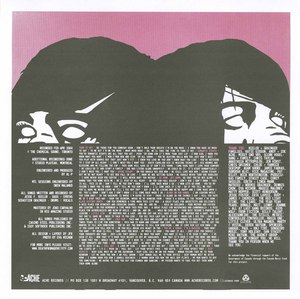 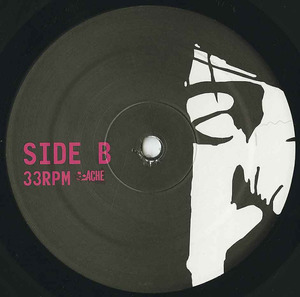 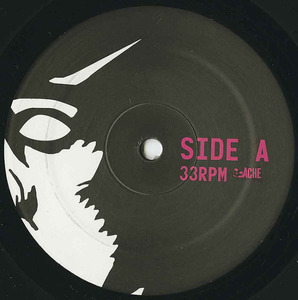 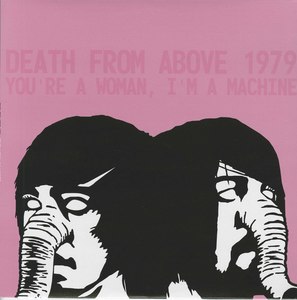 In the corner of every show-- even if it's the dirtiest, smelliest AS220 showcase or an impromptu Lightning Bolt concert in a Jamaica Plain kitchen-- there's always some guy with a beard talking to another guy with a beard about feelings. There they are, right in the thick of no-bullshit rock 'n' roll-- fucking noise rock, mang-- bitching about trust and love and What She Did, while all their buddies are breaking dishes during "13 Monsters" and sweating in the July heat and Spiewak sweatshirts they all secretly bought off Karmaloop. Today the noise is just too much-- something Beard Guy No. 1 never thought he'd say-- and he takes a taxi back to his parents' house in Greenwich, climbs into his Throbbing Gristle pajamas, and cries cries cries until his hornrims fog up.

Even noise guys need break-up albums, records that can pull them out of their funk without making them feel like complete assholes-- and simply put, Death From Above 1979's second album and Vice Records debut, You're a Woman, I'm a Machine, is the answer. The album title only hints at the viciousness with which this Toronto bass/drums/vox administers its own emotional purge. The whole affair sounds admittedly far-fetched, especially considering both the band's musical history-- their 2003 debut Heads Up was good and short but merely barked-- and the band's apparent dickheadedness: After Death From Above Records (aka the DFA), approached the band to change its name, the duo responded by tacking on the legal minimum of numbers to their moniker and posting to their former web site: "FUCK DFA RECORDS FUCK JAMES MURPHY WE DECLARE JIHAD ON THEM HOLY WAR ENDING IN THIER DEATH AND DISMEMBERMENT... james murphy is a selfish piece of fuck that will burn in the flames of a specially dedicated rock and roll jihad. if i had the resources i would fly a plane into his skull."

You're a Woman comes as an unexpected and almost regrettable delight in that sense-- it has the attitude, but possibly too much substance, for a true Vice Records release. This is high-gloss, feel-better noise-rock that balances riff-heavy micro-Sabbath bravado with a tenderness quite foreign to the current Providence-born noise scene (of which DFA79 may not be considered to be their contemporaries after You're a Woman). Some might bemoan the album's accessibility, but that's hooks, actual song structure, and broken hearts for you: By turning the rock knob down a notch, DFA79 have kept You're a Woman loud and nasty and ensured a cohesion and unusual degree of listenability-- something that the harder, better, and admittedly more authentic Lightning Bolt still hasn't been able to do in concert or on record.

From the livid call-to-arms stomp of "Turn It Out" to the scraps and squelches and metalloid pathos of "Romantic Rights" to the strangely powerful teenage schlarp-turned-massive Oedipal joke of "Going Steady" ("I have never seen you suffer/ I will never hurt you, lover," then, "I will never make you suffer/ I will never hurt you, mother") to the redrum rant of fiery first-half climax "Blood on Our Hands" ("There's blood on the shoes from all the people you stepped on"), DFA79 waste no time on subtlety-- their lyrics and singular jingles are huge but fully exposed and vulnerable as all hell. Frustration and jealousy increase to painful degrees until the title track's punk chorus ("Now that it's over, I love you more and more"), an avatar of the album's bitterness.

This purge over, DFA79 end You're a Machine with two responses to this draining ordeal. The first is the sex-furious, self-explanatory graphic fete "Pull Out"; the second, "Sexy Results", is about getting back to the prowl, and it's the best dance-punk song since the late genre's untimely death earlier this year. There's the obligatory French introduction, there's cowbell, there's handclaps, and the lyrics put Nic Offer's "what did George Bush say when he met Tony Blair?" hook to shame. And, at the end, a superfunk synth straight outta Chocolate City makes it clear that the DFA79 libido is back. Will the cycle of You're a Woman repeat itself? Probably, but for now get out of the corner and just fucking dance.
-Nick Sylvester; October 28, 2004, pitchfork