The high-energy, high-volume duo Death from Above 1979 made an immediate splash upon their debut in 2004 with You're a Woman, I'm a Machine.

Bassist/synth player Jesse F. Keeler and drummer/vocalist Sebastien Grainger both hailed from Toronto, where they met and formed Death from Above in 2001. (The "1979" tag was added later, following a legal spat with the U.S.-based music collective DFA.) Without a guitarist -- or any other bandmember for that matter -- Keeler and Grainger were free to push their rhythmic sound as far as it would go, and they eventually arrived at a severely overdriven rush of punk, hard rock, and dance music influences held together with high volume. After issuing a few initial singles, Death from Above 1979 released You're a Woman, I'm a Machine in 2004 and never looked back, touring alongside such high-profile bands as Nine Inch Nails and Queens of the Stone Age and generally making a sweaty, shirtless racket wherever they went

Romance Bloody Romance, a collection of You're a Woman remixes, appeared in October 2005 before Keeler and Grainger officially announced their disbandment the following August, as the two had apparently grown apart over the recent years. Keeler went on to work with producer Al-P in MSTRKRFT, while Grainger launched a solo career under the moniker Sebastien Grainger & the Mountains. In late 2010, the duo reconnected on a personal level, then in February 2011 they officially announced that they had re-formed the band. After a comeback set on the main stage at 2011's Coachella Festival, the duo began playing regular shows over the next few years. The summer of 2014 saw them release their first single in nine years, "Trainwreck 1979," which was quickly followed in the autumn by their second album, The Physical World, which reached the Top 40 of the album charts.
-Johnny Loftus

Blood On Our Hands 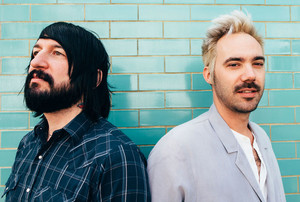 Death from Above 1979 BAND PHOTO 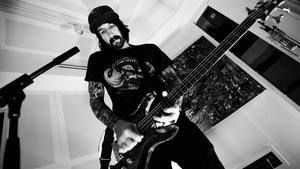 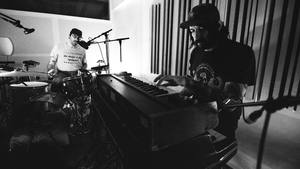 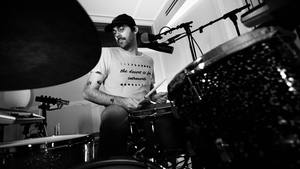 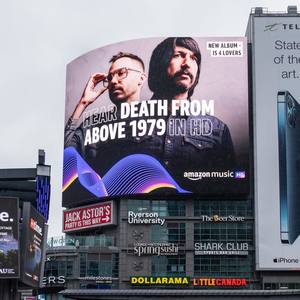 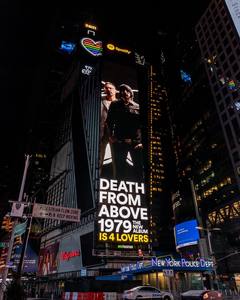