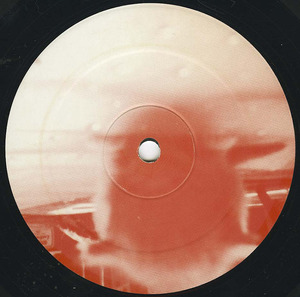 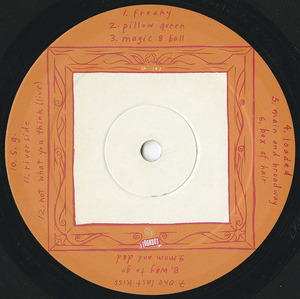 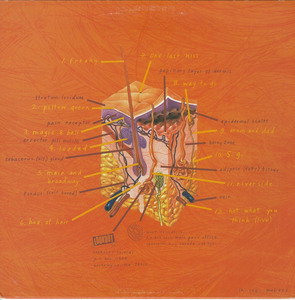 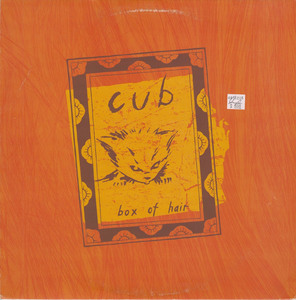 Vancouver twee outfit's 1996 album, now reissued, is a fine showcase of the band's style: sugary three-chord indie pop, cuddly as it is catchy, with a spoonful of punk's spiky do-it-yourself energy.

If you can't beat 'em, try to fool 'em into thinking you've joined 'em. By third album Box of Hair in 1996, Vancouver-based trio Cub had settled into a consistent lineup-- drummer Lisa G, bassist/frontwoman Lisa Marr, and guitarist Robynn Iwata-- and established a distinctive style: sugary three-chord indie pop, cuddly as it was catchy, with a spoonful of punk's spiky do-it-yourself energy. Their closest peers were such melodic and unabashedly girlish-voiced acts as Amelia Fletcher's Talulah Gosh, Rose Melberg's Tiger Trap, or Juliana Hatfield's Blake Babies. Yet along with more likely bedfellows They Might Be Giants, who have since segued into children's music, Cub toured with the sad-bastard likes of Sebadoh and Elliott Smith.

Cub toughen up their guitar tones and their vocal chords for Box of Hair, but, thankfully, they don't lose too much of themselves trying to appeal to the punker-than-thou types who used to heap scorn on anything cute or girly (plenty of people still do). "Freaky" starts the album at a breakneck pace, Lisa Marr's voice turning into a phlegmy sneer, but the refrain is "Let's play house." On "Magic 8 Ball", Marr serenades a crush with a list of lucky charms, as accordion, lilting harmonies, and a rickety, Merseybeat-esque backing move to a chorus about the title toy. One of Cub's best-ever songs? Decidedly so. Summery sex bomb "Pillow Queen", princess-obsessed substance-abuse ode "Loaded", and saw-backed insult "Box of Hair" all use a little distortion and aggression to help the sweetness go down. "Main and Broadway", with its chiming lead guitars and homey melancholy, should appeal to fans of present-day indie-poppers like Voxtrot and Vampire Weekend.

Box of Hair isn't always as successful as recently reissued predecessors Betti Cola and Come Out, Come Out, but even the plainer tracks pack a joyful punch. Feedback-drenched "One Last Kiss" is about as rowdily mosh-ready as Cub get, Marr belting out, "Give it to me, baby" with the insolence of a twee Iggy Pop. The album's basic framework doesn't vary much, though. While the second half's slight change-ups-- barnstorming riff-rock on "S.G.", lead vocals by guitarist Iwata on "Way to Go", violin on "Riverside"-- aren't enough to make these songs stand out in context, they'd still have a warm charm played individually on, say, college radio.

As if to prove to the boys they can do it, Cub end the LP with a rocket-fueled live version of "Not What You Think", sung-screamed by drummer G after a quick countdown. "I wanna be alone!" she shouts. Writing in SF Weekly in 1996, author and former The New York Times guest columnist Sarah Vowell concluded that this thrashing hardcore track redeemed a record she otherwise considered to be excessively sweet: "Box of Hair is a one-song album -- but what a song." While Box of Hair was Cub's best bet to please people for whom My Little Pony could never be punk, if you're listening to Cub for their "god-awful noise," go ahead and suffer through the album's hidden-track half hour of bed creaks, which lead into an aborted "Not What You Think" outtake. Everybody else should leave that bullshit off their iPods and come expecting a disc that sounds like the photo in the CD liner: a fuzzy, adorable kitten, who happens to look like he's about to snarl. Break out your Strawberry Shortcake lunchbox and dig in.
-Marc Hogan, pitchfork