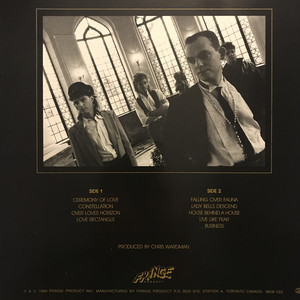 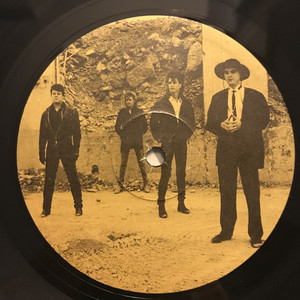 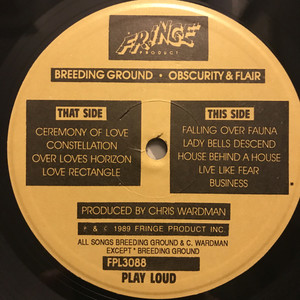 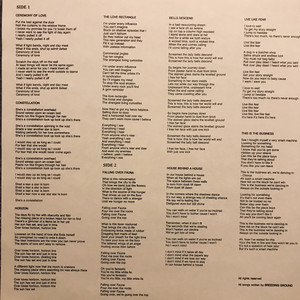 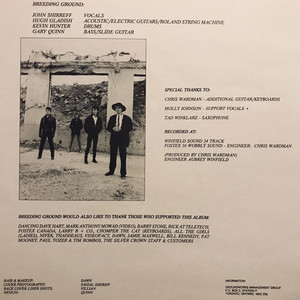 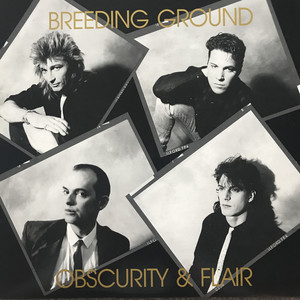 Breeding Ground was formed in Toronto in 1980 and subscribed to the cold wave mould of acts like New Order's school of rhythm. Their first release was an untitled 4 song 12" single in 1982 on Mannequin Records and featured original drummer Ken Jones.

They would receive notoriety with the independent 12" single "Reunion"/"Slaughter" in 1983 oin Fringe. It was quite successful at college radio stations and ended up selling out three pressings.

The follow-up EP, 1985's 'Tales Of Adventure', was produced by ex-Blue Peter guitarist Chris Wardman (who later joined the band) who enlisted the help of Alta Moda singer Molly Johnson and Jason Sniderman on keyboards. The record made it to No.1 on the campus charts and No.60 on CFNY's "Best 86 of '86" based on the success of the single and video for "Happy Now I Know".

After the release of the EP, bassist Jonathan Strayer quit and the band effectively disbanded. However, Wardman and Shirreff continued writing material in Wardman's basement along with bassist Gary Quinn and before long, the remainder of Breeding Ground was recruited back to the band for the 1986 line-up of Shirreff, Gladish, Quinn, Hunter and Wardman.

Bites began coming to the band from major labels but, alas, lawyer hassles prevented a deal from ever being struck even though another album had been recorded. Three years passed before Breeding Ground's next release, Obscurity And Flair which once again featured Molly Johnson and Chalk Circle's Tad Winklarz adding saxophone.

Their version of David Essex's "Rock On" has never been released due to the flooding of the market with cover versions by Michael Damien, Bambi, and The Dave Howard Singers. Wardman claims that their version of the song, played by disc jockeys on a lark at the Silver Crown Tavern, was lifted by the members of Bambi who also frequented the club.