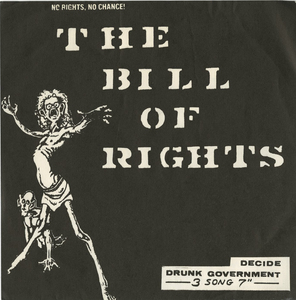 Mike Dennis was their manager and on their second EP would play bass and sing backing vocals along with new members Rick Knott (guitar, vocals,) and Stuart Temple (drums, percussion). We assume that the three original members mentioned above were let go by Mike Dennis when they recorded the second Bill Of Rights EP.