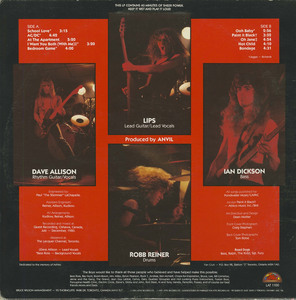 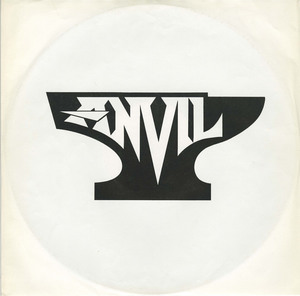 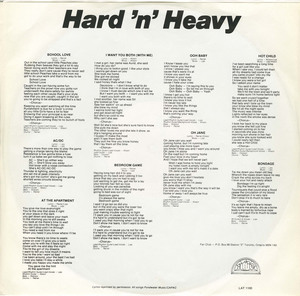 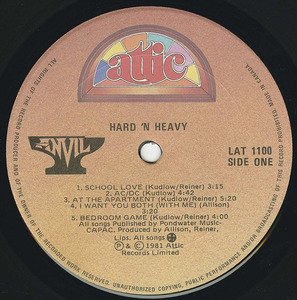 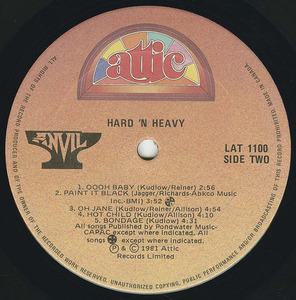 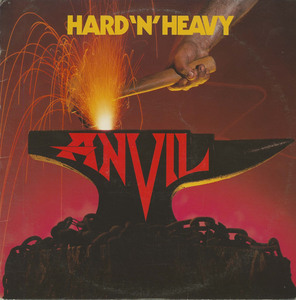 Hard 'N' Heavy is the debut studio album by Canadian heavy metal band Anvil, released on May 25 1981. The band comes roaring out of the gate with the energetic "School Love," highlighted by chugging guitars and Steve "Lips" Kudlow's Rob Halford-like vocal delivery. Recorded and released independently by the band, the album serves as an important moment in rock history, as Anvil is credited as being highly influential on heavy metal groups Megadeth, Slayer, Anthrax, and Metallica. Anvil! The Story of Anvil (2008), an Emmy-winning documentary about the band by director and former Anvil roadie Sacha Gervasi, has been lauded as one of the greatest "rockumentaries" ever made.

Produced by Anvil; and Allison, Lips, Reiner (tracks: A1 to A5)
Engineered by Paul "The Stemmer" LaChapelle, assisted by Allison, Reiner, Kudlow
Recorded at Quest Recording, Toronto, Ontario