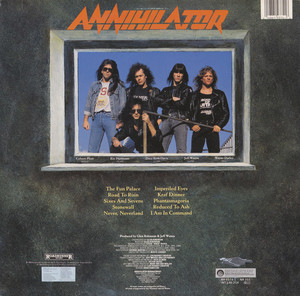 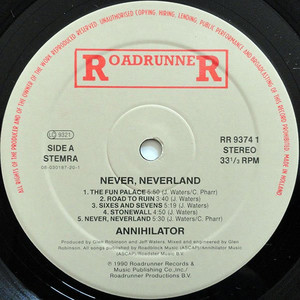 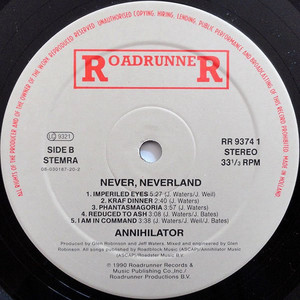 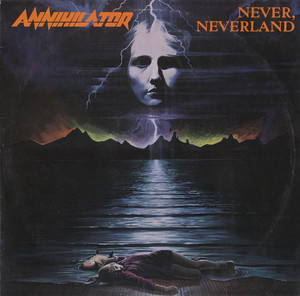 Sophomore album, released Sept 12, 1990. Fast, technical and energetic trash music, it is Annihilator's only album where Coburn Pharr recorded the vocals and features their hit “The Fun Palace”. The album was re-released several times with demo bonus tracks. Most recently, on May 6, 2022 the album was re-issued on vinyl by MusicOnVinyl.