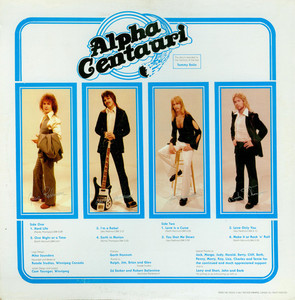 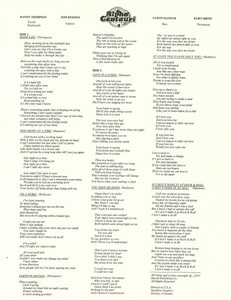 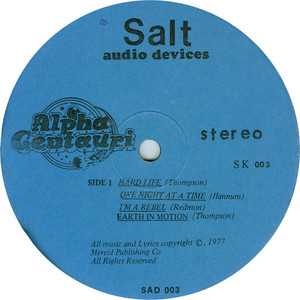 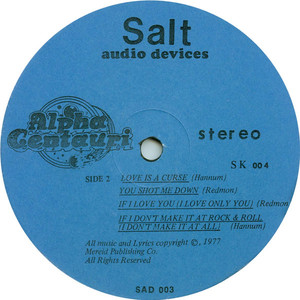 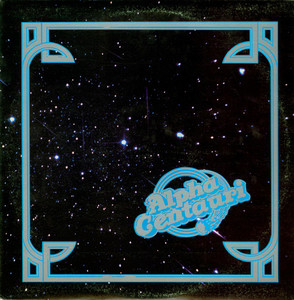 Alpha Centauri was formed in Greeley Colorado, USA in 1971. The three founding members included: Jess Redmon on guitar, Randy Thompson on keyboards and lead vocals, and Kurt Smith on drums. Garth Hannum joined the band early 1975. During the 12 years of it's existence, the band performed it's signature “hard driving” rock at numerous clubs and concert halls throughout the Midwestern United States and Canada. While most of these gigs were as headliner, the band did open for many national recording artists.

After gathering a strong fallowing in the US, the band moved to Canada, where they continued to perform extensively. It was here that the band began to write and perform more original material. This culminated with the release in 1977, of their long awaited album simply entitled “Alpha Centauri”.

With the release of the album came more concerts as well as several radio and television appearances. The highlight was the Canadian TV special “Alpha Centauri in Concert”. The band had hopes of entering the U.K. market, but problems with management coupled with road “burnout” they returned to their home base in the United States.

Kicking off an appearance on Denver's “Rock ‘n’ Roll America” the band continued performing until their break up in 1983. Garth Hannum resides in Texas, but the rest of the band continue to live in or near Greeley.

The legend of Alpha Centauri can be traced directly back to Derek Oliver. As a writer for the Kerrang and one of the authors of the "International Encyclopedia of Hard Rock and Heavy Metal", his statement that Alpha Centauri are the "Worlds best undiscovered pomp band" started fans scowering the globe for copies of the album.

AS HIGHLY RATED collectibles go the Alpha Centauri album has to be one of the most coveted records of all time. It’s an album that spent years lurking in the shadows, heard by few but lauded quite rightly as a masterpiece of 70s rock, embroidered with the all the moves and grooves of the great headlining acts of the day. Compared favourably to such heavy hitters as Deep Purple, Uriah Heep, Styx, Angel and Head East, the band’s style was a formidable blast of pompous energy but not, it must be said, a carbon copy or pastiche. This was a unit that knew how to play and also how to write serious material.

Originally thought to have originated from Canada, it came as something of a surprise to eventually find out that they were formed and mainly based in Colorado, but had moved to Winnipeg for a while to expand their horizons and record an album. Represented by an expat British manager, they planned to issue the record for promotion (it’s thought that 300 copies were pressed at the time) using it to attract major label interest. However, despite concerted efforts and a professionally filmed half hour live-in-concert appearance for Canadian TV, it all failed to achieve the desired attention.

Issued in 1977, on the band’s own Salt Records label, the album is a masterclass in heavy pomp rock, showcasing a band who could not only write catchy melodies but also imbue them with the sort of stunning arrangements normally associated with far more successful groups. Tracks such as ‘Hard Life’, ‘Love Is A Curse’ and ‘One Night At A Time’ benefit enormously from stellar instrumental dog fights. In particular, the guitar playing of Jess Redmon is off the chart, drawing accurate comparisons to Ritchie Blackmore and Tommy Bolin.