At age four, Jay W. McGee learned to sing gospel in church. His father perched him on a table to provide the congregation with a better view of his son. The joyful atmosphere of communion and song informed Jay’s lifelong dedication to music and to God.

Jay grew up in Fayetteville, North Carolina. His father sang in a gospel quartet that included Lou Rawls while the future soul legend was stationed at nearby Fort Bragg military base. After graduating high school in 1968, Jay moved to Flint, Michigan. While employed at General Motors, he joined a vocal quintet. “I was emulating my father,” Jay told me in a 2017 interview. The group travelled to Philadelphia to seek a contract with the esteemed production duo Gamble and Huff. Instead, Jay received an offer for a solo deal. Ever loyal to his bandmates, he refused and discovered years later that the job went to Teddy Pendergrass.

Still, the attention from Philly International’s producers motivated Jay to press on. Drawn to Toronto’s lively music scene, Jay soaked in the music at Yonge Street hot spots Club Bluenote and the Brown Derby. He relocated to Toronto in 1974, where he remained for 25 years.

Jay performed in bands such as Giant Step, Salongo and Crack of Dawn. He met his wife, Keziah, at one of his performances. The couple married and raised nine children in Regent Park. Keziah was an educational assistant and Black history teacher at what is now known as Nelson Mandela Park Public School, which their children attended.

Jay was an extraordinary talent. Vezi Tayyeb, the owner of Kensington Sound and a frequent collaborator, described Jay as “without a doubt the finest soul/R&B singer I’ve ever worked with — with incredible pitch, nuance, lyrical depth and chops galore, which he never flaunted.” The duo’s joint effort, “Another Love in Your Life,” was nominated for Best R&B/Soul Recording at the 1990 Juno Awards.

Jay’s versatility led to him performing in a range of styles. As “Mr. Q,” he rapped on some of Canada’s earliest hip-hop recordings, such as 1979’s “Ladies Delight” and “DJ Style.” Jay devoted much of his early career to R&B. His 1982 LP, “Over and Over,” features one of his best-known works, “When We Party.” The song caught the ears of the BBC, who invited Jay onto its influential music program, “Top of the Pops.” A lack of money, however, prevented Jay from promoting the record across the pond. “When We Party” remains a favourite among R&B aficionados worldwide. .” In 1991, the Toronto Blue Jays invited Jay to sing “O Canada” at SkyDome, now Rogers Centre.

Later in his career, Jay returned to his gospel roots, the music of his father. “When he had personal moments of singing — when he was shaving or in the shower — he was always singing a gospel song,” says Keziah. One of Keziah’s favourite memories is of Jay performing at the 1998 Beaches Jazz Festival, where, she says, he “sang praises from the rooftop of Ends clothing store. It was a crowd stopper!”

Social issues were crucial to Jay. In 1986, crack cocaine hit Toronto’s streets, compelling him to write “Crack Attack.” In 2016, “Don’t Drink the Water” addressed Flint’s water crisis. “If you have a mic in front of you and you don’t use it to try to help somebody, it’s a waste of time,” said Jay during our interview. “I’m about trying to help people.”

In 1999, Jay returned to Flint permanently. At Full Gospel Church, Jay ministered and worshipped through songs. He also authored several self-published books. In 2020, he released “Smooth Cruising,” an LP.

Throughout his life, Jay made a lasting impression on everyone who met him. “My dad was a people person — he had a way with people,” says his son Josh Grenier. “Once people knew how talented he was, they were drawn to him because he had such a great voice.”

Jay is survived by his wife Keziah (Carol); his children, grandchildren and great-grandchildren; his mother, Dorothy D. Murphy; his three sisters; and his two brothers.
-Niel Scobie, TheStar, May 2, 2021

21st Century Dreamer b/w No Can Do 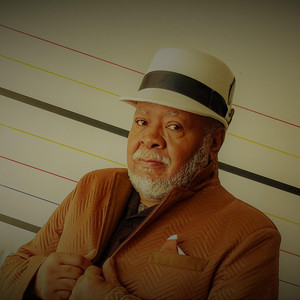