Winston (Stan) Martin aka ‘Dr Cool’ was born in St. Andrews, Jamaica and emigrated to London England at the age of 15 where, while attending high school, got involved with several other budding musicians, forming a band called The Leaders beginning his songwriting career. They worked in and around London for two years and in that time they recorded an album and had two singles released from it.

His 2nd emigration to Canada, specifically Saskatoon, Saskatchewan began another phase of his musical career. Along with his brother, Frank Nairne, he established a band aptly named The Caribbeans in 1967 that played venues all around the Saskatoon area such as The Marigold with their ‘Calypso’ styling, on a semi-regular basis. When he moved to Hamilton, Ontario most of his musical output was with The Sunbeams and in late 1973 he went solo releasing his first single, “You’re a Woman Now b/w Everybody knows I Love You”, and although not a major hit, it led to his 2nd release “This World b/w Friends”. “Big Mouth Woman b/w Beautiful Girl” was the next release which led to the album originally titled ‘Big Mouth Woman” which we now know as “Stan Martin is Dr. Cool” recorded in Master Sound Studio in Ancaster from 74-76. Also, at this time he was preparing for a tour he was to begin throughout Ontario and down into Philadelphia.

Stan was an exceptional talent who wrote all his lyrics & music. He would and could, play nearly every instrument on the album which included the piano, mouth piano (a really cool instrument), and tenor sax, percussion instruments such as maracas, triangle etc., bass and rhythm guitar. He created his own small music studio with all the instruments and paraphernalia of the craft in the basement of our house.

He had an entrepreneurial, creative spirit within him. The music business was, and still is, a tough racket, no question, so although he sent his music out to the big companies, he felt that self-promotion was much simpler and straightforward so he did just that. Therefore, he created RAM Records and did his own distribution in and around the Hamilton, GTA, Philly markets specifically at the time, much the same way a band will create its own CD and use this as a marketing tool hoping that it will get them the distribution deal of a lifetime these days. It was all for the love of performing and creating the music he loved. He really had fun. I remember when he was recording the album in a studio in Rexdale he would let us come by and listen/watch the whole business of vocals and mixing and creating this personal musical treasure of his.

Later, after the record didn’t do so well, airplay being a big factor in selling records especially in the pre-internet Sirius world of 70’s radio, he decided to move out of the music business and turned his hand to writing novels and established an offshoot of RAM Records as RAM Publishing in the late 80’s. He wrote his autobiography, based on the period of his life that he spent doing his National Service for England and 2 mystery novels based on a Caribbean Rastafarian. He managed to get his books printed, self-published and on the shelves of Chapters Stores in Ontario by the early 90’s and he also published a few Hamilton authors’ books of poetry and a novel.

He was a proud founding member of A.C.C.A.-African Canadian Caribbean Association of Hamilton from 1978 and volunteered in his community regularly. Stan passed away in January 2008, leaving a legacy of music and creativity for a new generation to enjoy.

You Know I Love You b/w Hop Skipping Boogie 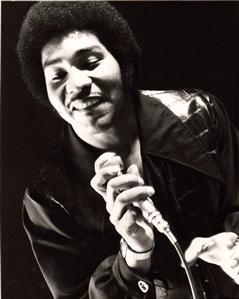