Martin was born and raised in Harlem, NY and came up to Montreal in 1960 to begin his professional career. The trumpeter was the leader of one of the hottest black bands in the city throughout the 60s, who made over a dozen records for London Records, in addition to several more for Trans-World and Onion Records (in the USA). Like most R&B acts, they would tour up and down the Eastern Seaboard. They often performed as a quintet, sometimes with backing female vocalists and musicians that included: Thomas Chapman (guitar), John Scott (sax), Rickey Day (vocals – previously of The Drifters), Joe Johnson (Hammond), and Quebec-born white drummer Gilles Béland. By the end of the 1960s, their sound, like that of many other long-running R&B groups, evolved towards a harder funk style. This was evident on their late 1960s albums Strawberry Soul and Doin’ Their Thing, and in particular, I Turn You On, released only in 1974 although perhaps recorded earlier than that. It’s unclear when Billy Martin’s music career ended.

Knock On Wood (with Rickey Day)

I Turn You On

The Mellow Sax Of John Scott

Knock On Wood (with Rickey Day)

I Turn You On

I Dreamed Of You b/w I'm Home Again

Angel b/w If It's Lovin' That You Want

These Walls b/w Till Next Saturday Night

Come On b/w This Love of Mine

Nothing But a Heartache b/w Get Back

Peaches and Cream b/w The Strut

It's Your Life b/w One More Time

It's Your Life b/w Stax

Bar Around The Corner b/w A Good Kind of Love 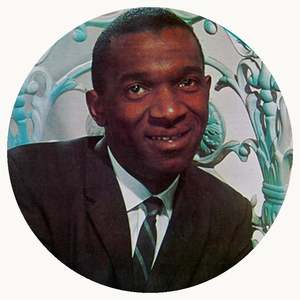