Buddy Wayne Knox, born July 20, 1933 in Happy Texas; was the first artist of the rock era to write and perform his own number one hit song, "Party Doll". The song earned Knox a gold record in 1957 as well as a BMI million performance award. Knox was the very first Texas rockabilly artist to be awarded a gold record and he was one of the innovators of the southwestern style of rockabilly that became known as "Tex-Mex" music.

Buddy attended Happy High School, graduating in 1950 with a class consisting of 15 boys and 9 girls. The population of Happy in 1956 was only 690 people. After high school, Knox attended West Texas State College (WTSC), in Canyon. While at WTSC, Knox was involved in the ROTC (graduating as a Lieutenant), the Buffalo Bills (a campus service organization), a member of Alpha Psi Omega (a drama fraternity), a WTSC cheerleader, a member of the Buffalo Masquers (a club for people interested in drama), a rodeo clown, and a member of a group called the Serenaders (this was a group with two of Buddy’s classmates that went around to the girls dorms to serenade them). In 1956 Knox graduated WTSC with a bachelor of business administration degree.

While a WTSC, Knox met two other students, Jimmy Bowen and Don Lanier. The three formed a band called the Rhythm Orchids, named after their orchid colored shirts they wore. They played in local clubs for beer and food, singing songs until they were thrown out for being under age, but Buddy Knox and the Rhythm Orchids had developed a following. They became the hottest local band around.

Buddy rehashes the three days at Norman Petty’s studio, "Looking back it’s just something that happened 40 years ago. You try to remember a moment that was so great but in time you forget some of the small details because you didn’t know that would be the one moment in time that would change your life. You have to remember a recording session was a lot different in 1956 than it is today, you had to do everything in one take. The recordings were done on only one track, none of this 24 track studio stuff." Knox laughs, "Boy an artist today sure does have it made. I can remember having Jimmy Bowen on stand up bass, Don Lanier on lead guitar, and I was on rhythm guitar and lead vocals. We didn’t have a drummer, but a boy by the name of David Alldred, who joined the band later, was a session player for Norman Petty, so we used him. I can remember looking at him and all he had was two drumsticks and a box with cotton pushed up in it. I still think that makes a heck of a drum sound." Continuing to laugh, "Then we discovered that Jimmy couldn’t play bass well enough for Petty to record him, so we found this other guy hanging around the studio to do the honors. We had a girl from the Clovis High School to play the cymbals and my sister and two of her friends sang background vocals."

Set up and ready to record, the only thing the Rhythm Orchids had to wait on was midnight. Norman Petty’s studio was located on a main street and every five seconds a truck would drive past the building. This was a problem because the sound of the trucks would be heard on the recording tape. Sound proof rooms were rare in the 50’s recording days. With a midnight to dawn recording schedule, Knox and the band would sleep all day and record all night. This went on for three days. When it was all over, Knox and the band got the master tapes and a copy of what they had done on acetate, packed up the car and went back to WTSC.

From that one session Buddy Knox would receive two gold records in 1957, one for "Party Doll" written and sang by Knox and the other for a song that Jimmy Bowen sang and co-wrote with Knox called "I’m Sticking With You". "We didn’t know what we had just done," Knox recalls, " All we wanted to do was record our music and sell it around the college. This was just a fun trip for us."

Chester Oliver, owner of Blue Moon Records and Seminole Publishing in Texas, heard the recordings and asked Knox if he could press 1,500 copies of "Party Doll" and "I’m Sticking With You" on a 45rpm record. Then they formed a small label called Triple-D, named after a Dumas, Texas radio station KDDD where Bowen had worked. A DJ in Amarillo named Dean Kelly played "Party Doll" and it became a local hit. Over 200 copies of the Triple-D record were sold and Knox was on his way. When asked who owned the master tapes and the publishing of the Norman Petty recordings, Knox said, "We paid for the session and gave Chester Oliver the master tapes to press the Triple-D records and never saw the stuff again."

The Rhythm Orchids big break came from Don Lanier’s sister who worked in New York City as a model. She heard that Roulette Records, a new record label in town operated by Morris Levy, was looking for some new talent. Back in the 50’s getting your music heard was a little bit easier that it is today, so she called Morris Levy and dropped a copy of "Party Doll" off for him to hear. Morris liked what he heard and made arrangements for the band to come to New York. So the Rhythm Orchids, Buddy Knox, Jimmy Bowen, Don Lanier and new member David Alldred, went to meet Morris Levy at Roulette Records in New York City.

The first release was "Party Doll", and then at almost the same time Roulette released "I’m Sticking With You". With "Party Doll" going number one and selling well over a million singles and "I’m Sticking With You" being a top 40 hit and single sales over one million, the band was on top of the world. That same year Buddy Knox and the Rhythm Orchids released "Rock Your Little Baby To Sleep", a top 20 hit, and "Hula Love", a top 10 hit. Both singles sold over one million copies.

The year of 1957 was over and Buddy Knox and the Rhythm Orchids had 4 million selling singles to their credit. To this day "Party Doll" is still one of the most played songs from the 50’s rock ‘n roll craze, and single sales to date are well over 10 million copies. That’s not bad for a guy from Happy Texas, population 690.

Over the next few decades, Buddy Knox had other top 40 chart successes but nothing like the success of 1957. Living on the road almost all his life, he toured nearly eleven months out of the year and appeared in several movies. If you saw a Winnebago going down the road it was probably Buddy Knox. Always admired for his kindness and desire to help someone out, Knox was known as one of the "nice guys of rock ’n roll". A happy man from Happy, Texas.

For many decades from the 1970s to the 1990s, Knox was based in the small town of Dominion City, Manitoba, Canada, and toured primarily in Western Canada and upper Midwest U.S. with occasional European appearances. In 1981, he starred in an independent Canadian movie Sweet Country Road.

He said the fame took a toll on his family life. Traveling 250 days a year for 35 years, he was voted "the most traveling entertainer in the world" by Billboard magazine, but he said it cost three marriages for him.

Moving to Port Orchard, Washington, in 1997 to be with his fiancée, he experienced a fall and injured his hip. The doctor informed him at that time that he had terminal lung cancer. Knox scheduled a farewell show, but died just a few weeks later on February 14, 1999, in Bremerton, Washington. He is interred in Dreamland Cemetery, in Canyon, Texas.

In Nashville: Love Has Many Ways

Taste of The Blues b/w I Ain't Sharin' Sharon

Somebody Touched Me b/w C'mon Baby

Rock Your Little Baby To Sleep // Don't Make Me Cry 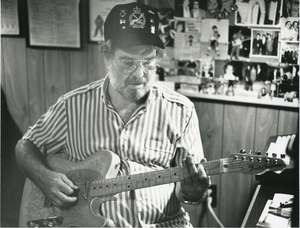 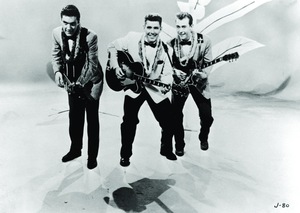 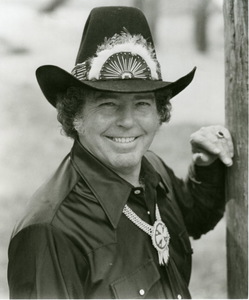 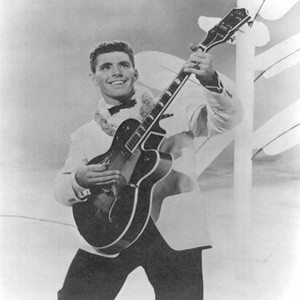 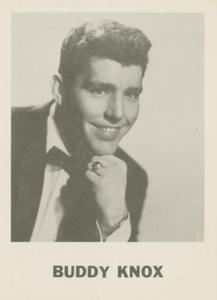 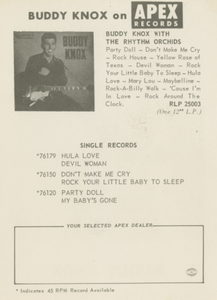 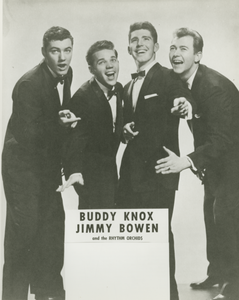 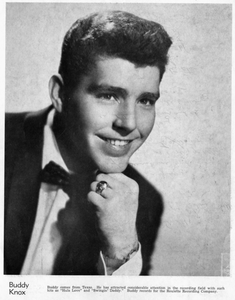 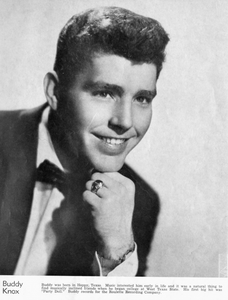 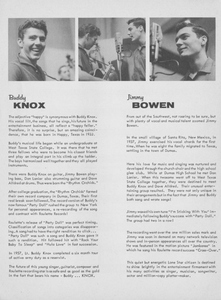 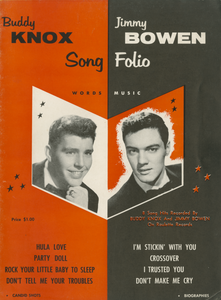 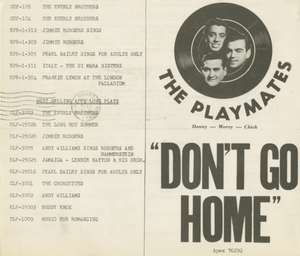 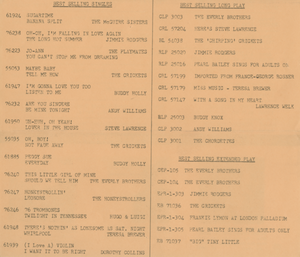 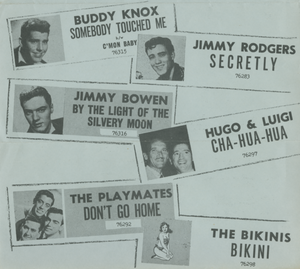 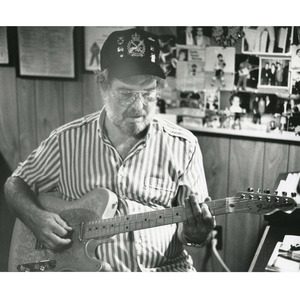