Richard Knechtel is a much-in-demand performer for festivals, concerts and special event shows. His confident, creative and friendly performances have charmed audiences throughout North America.

Armed with an enormous repertoire of songs - swing, pop, novelty, blues, country, comedy and folk; he can chose just the right tunes for any occasion. He accompanies these songs with dynamic guitar playing and virtuoso harmonica work. From wry commentary to completely comic send-ups, touching all the emotional bases, he entertains!

Richard hails from Walkerton, Ontario and is one of the best known songwriters in the province with over 400 songs to his credit. His first album of original material was released in 1977. Since then he has produced over 20 recordings on his Greentree Music label.

In musical circles, the name Richard Knechtel is synonymous with integrity and good taste. With his engaging personality and special joy, he has established himself as a highly respected musician with a large following of loyal fans.

Reach It On The Run

All the Way to Georgia b/w 40th Song 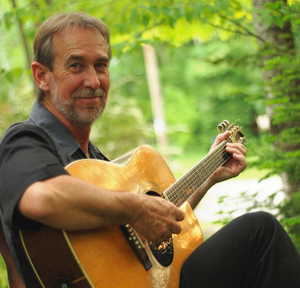