With a songwriting career that spans more than 30 years, Ron Hynes is a six-time East Coast Music Award winner, a Genie Award winner and a past Juno, CCMA and Canadian Folk Music Awards nominee. He's been recipient of both Artist of The Year and the prestigious Arts Achievement Award from the Newfoundland & Labrador Arts Council, as well as a Lifetime Achievement Award from the St. John's Folk Arts Council. Ron Hynes also holds an Honorary PhD from Memorial University for his songwriting and cont ribution to the cultural life of his beloved home province of Newfoundland (Canada).

Ron Hynes began his career as a singer-songwriter on the coffeehouse circuit in the early seventies and while on a Canadian theatre tour with The Mummers Troupe in '76, he composed a song called "Sonny's Dream" that's become a folk classic performed and recorded by artists all over the world. He was a founding member of the Wonderful Grand Band, a musical comedy show featuring a six-piece traditional/folk/rock band together with various members of Codco. The group produced two albums of original work, forty-one half-hour television shows (plus specials) for CBC-TV, and tour ed the country non-stop during its six-year history.

Ron's moonlight career as an actor resulted in two principal theatre roles, as Newfoundland songwriter Johnny Burke in "The Bard Of Prescott Street", and as country legend Hank Williams in "Hank Williams: The Show He Never Gave". Ron also had a lead role in the Newfoundland Independent film release, "A Secret Nation", for which his original song, "The Final Breath" won a Genie Award for best song. Ron spent most of his time in 1998 and 1999 involved in film and television projects, playing the irrepressible Johnny Shea in the CBC/Rinkrat TV series, "Dooley Gardens", and closed out the decade as the subject of a concert/documentary film entitled "Ron Hynes: The Irish Tour" which continues to air on television networks throughout North America and abroad.

December 2005 saw the launch of Ron's first songbook, "Songs of Ron Hynes - Volume One". Published by Vinland Music and distributed by Landwash Distribution, the book features 26 original Ron Hynes songs, arranged for vocal and guitar. Other recent projects include composing and performing the theme song for CBC-TV comedy series "Hatching Matching and Dispatching" , the musical soundtrack for the animated film "The Sparky Book", and composing all songs for the Mary Walsh/Rick Boland stage play "High Steel". He also contributed two original works to the feature film "Young Triffie's Been Made Away With".

2006 marked the release of the "Ron Hynes" CD, a stirring coll ection of 14 soul-baring, personal songs, being touted by many as his most brilliant work to date. Ron teamed up again with producer Paul Mills and Borealis Records for this latest disc, which was the #1 most played album on Galaxie Network's Folk-Roots channel for 2006. The "Ron Hynes" CD generated multiple regional and national award nominations, resulting in Ron Hynes winning the 2006 MusicNL Awards for Songwriter of the Year, Folk-Roots Artist of the Year, Entertainer of The Year and the 2007 ECMA for Male Solo Recording of the Year.

In the fall of 2010 Ron's new CD "Stealing Genius" was released by Borealis Records. Also, the feature film about Ron's life "The Man of a Thousand Songs" debuted at the Toronto International Film Festival to sold out audiences and critical praise.

1972…Released the album Discovery (World Records/Audat) which was the first recording of completely original material by a Newfoundland artist.

1974-1976...Was the in-house composer for the Mummers Troupe. Composed music and lyrics for East End Story, Dying Hard, The IWA Show, and The Price of Fish. Wrote Sonny's Dream while touring western Canada in September '76. There are currently about one hundred cover versions by various artists worldwide.

1984…Wrote music and lyrics for the Resource Centre for the Arts production of High Steel, which was directed by Mary Walsh.

1988…Starred in and hosted The Island Opry Show, a country showcase at the Opry in PEI, that featured National and International country stars.

1990-1991...Had a principal role in A Secret Nation, winning the Genie for best song with The Final Breath. Elected vice-president of the Songwriters Association of Canada and signed an exclusive writer's contract with TMP: The Music Publisher.

1997...Released 11:11 Nfld. Women Sing (songs by Ron and Connie Hynes) featuring Newfoundland's best female artists. This project also received the 1997 MIA SOCAN Songwriter of the Year award. In December, Ron was a guest on the Pamela Wallin Show along with Michael Burgess, Sneezy Waters, and Colin Escott in paying a special tribute to Hank Williams.

1998...Released the CD Standing In Line In The Rain, which was awarded best new album at the 1998 MIA Awards. Played Johnny Shea in Rinkrat's new CBC/TV series production, Dooley Gardens.

1999...Ron was the subject and star of a concert/documentary film shot in Ireland entitled Ron Hynes: The Irish Tour which aired on CBC Television and featured some of Ireland's most prominent musicians like Donal Lunny, Christy Moore, Mary Black and more (produced by Mary Sexton for Rinkrat Films and directed by Rosemary House).

2002...Released the independent singer/songwriter CD The Sandcastle Sessions featuring 11 new songs. Ron received an honorary Doctor of Letters from Memorial University in St. John's in recognition of his original songwriting and his contribution to the cultural heritage of Newfoundland. Ron signed with Borealis Records. Ron was an Official Showcase Artist at the OCFF Conference in Ottawa in October.

2003...Ron was chosen to showcase by Folk Alliance Canada at the North American Folk Alliance Conference in Nashville in February. Ron's new CD, Get Back Change, (produced by Paul Mills at the Millstream Studio) was released on May 21 by Borealis Records with a launch at Hugh's Room in Toronto. Additional launch events were held in St. John's, Ottawa/Wakefield, and Halifax. Ron toured extensively throughout Canada including appearances at the Stewart Park Festival, Folk Under the Clock, Chester Playhouse, and the internationally renowned Stan Rogers Folk Festival.
Ron signed a management agreement with Lynn Horne Media & Marketing.
In November 2003, Ron Hynes was named Male Artist Of the Year, Country Artist Of The Year, and was recipient of the SOCAN Song Of The Year Award (Get Back Change), from the Music Industry Association Of Newfoundland and Labrador.
In December Ron Hynes was featured in an hour long special Atlantic Airwaves CBC Radio, regional broadcast.

2006...Ron showcased numerous times at the Folk Alliance Conference in Austin, Texas in February. Soon after the new Ron Hynes CD was released on Borealis Records and officially launched on February 23rd at the ECMA Conference in Charlottetown, PE.

Face to the Gale

Standing In Line In The Rain 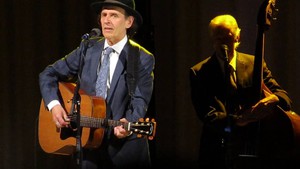 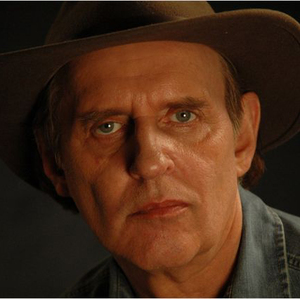