Born in 1945 in Winnipeg, Manitoba, Judy Walchuk (Ginn) started traveling at the early age of four by moving to Vancouver in 1949. At the age of seven, Judy commanded a presence that even adults many years her senior could not match. Judy made one of her first appearances on the Glenburn Dairy talent show on CKNW and was ‘discovered repeatedly’ captivating audiences at the renowned Kitsilano Showboat throughout 1952.

Still in her teens, the early 60’s found Judy hitting the airwaves on CBC Radio and Television in Vancouver and Toronto. Venturing out on her own in the late 60’s Judy started touring across Canada performing at many of the grand hotels and supper clubs under the name of Judy Ginn for ten years. In 1969 Judy recorded her first album “Introducing Judy Ginn” for RCA and later Judy formed a duo with her brother Jim Walchuk, writing their own material and touring with a five-piece band throughout Canada performing in hotel lounges. .. ..Always the consummate performers, Judy and Jim starred in their first CBC television series in the 70's, a musical variety show titled…you guessed it… “Judy and Jim.”

As a young girl in the 1950’s, Judy Ginn began her musical career performing on radio, concert stages and television. In the early 1960’s, her first booking at Isy’s supper Club in Vancouver, opened the stage door to her next ten years of performing in lounges, hotel dining rooms and supper clubs across Canada and the United States – including the Royal York in Toronto, the Olympic Hotel in Seattle and the Continental Plaza in Chicago.

In 1965, Judy recorded her first vinyl album ,”Introducing Judy Ginn” for R.C.A records. While Judy was touring, and performing on C.B.C. radio and television, her brother Jim was studying Bass and guitar and making a name for himself on the Canadian Jazz scene. They formed a duo “Judy and Jim” and became opening act at the Cave Supper Club in Vancouver for many traveling celebrities. Soon they were flown to London, England to open the show lounge at the new Playboy Club. While in England, they performed at the “Talk of the Town”, The Coventry Hippodrome Theatre and recorded their first single together. While singing at Quaglino’s in London, they were discovered by David Frost who invited them to sing at a birthday party for Noel Coward.

Returning to Vancouver in 1976, they starred in their own nationally broadcast C.B.C. television musical variety series – The Judy and Jim show.”
The tropical waves of Hawaii beckoned the next year when the talented duo joined the Don Ho Show at the International Marketplace and later at the Flamingo Hotel in Las Vegas. Heading back to the west coast – Los Angeles was the next adventure where they worked the Playboy Club on Sunset strip and performed on five Merv Griffith shows with Joan Baez, Buffy St. Marie and Peter Yarrow and Mary of Peter, Paul and Mary.

The duo returned to Canada to tour with their own band starting out west at the Westin Bayshore Inn in Vancouver and the Chateau Lacombe in Edmonton. It was at this time, they recorded their first Album of originals titled “Jude”. Not slowing down, the C.B.C. called again and the duo filmed their second network television series of “The Judy and Jim show” which aired on Saturday nights after the nationally broadcast hockey games.

Always popular at home, abroad or wherever the audiences were, Judy and Jim returned to Los Angeles after the C.B.C series and continued to write and produce for many well known artists. Canada beckoned again in the early 1990’s with the duo returning to Vancouver where they opened their own recording studio and continued to write jingles, specialty material, and produce for artists from Canada and the U.K.

In 2000 they wrote, produced and Judy starred in her one-woman show “In Full Bloom” at the Arts Club Revue Theatre to a full house and rave reviews with the show having an encore run at the Cultch the next year. In the last three years they have stepped back into the spotlight, recording their original CD “The Flying Walchuks” and performing at many events and concerts. 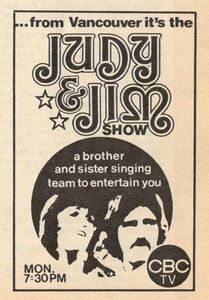 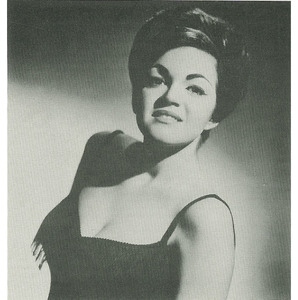