Fustukian was born in Winnipeg, Manitoba, Canada and grew up in Edmonton, Alberta Canada. He became involved with music at an early age. Throughout the early stages of his life developed an affinity for jazz singers and big bands, rhythm and blues, classical music, country music in its original form and pop music. He was singing in nightclubs when he was thirteen. He became interested in radio and became a disc jockey, changed his name from Bryan Fustukian to Vik Armen and traveled across the country working at radio stations in Winnipeg, Edmonton, Lethbridge, Ottawa, Toronto and Providence, Rhode Island. He was recording his first songs in radio station studios and while doing a morning radio show at CJCA in Edmonton he wrote, produced and released a single, "I'm Not In Your Dreams Anymore", which became a number one record in the market. It was released on an independent label started by him and his partner, Arnold Palmer who was the record rep for Decca. The Decca brass from Montreal flew out to meet with the team and it was decided that any future recordings would be released on the Decca Canadian label, Apex. Several recordings followed on Apex, including a session recorded at Norman Petty's legendary studio in Clovis, New Mexico.

His move to the U.S and Rhode Island opened up new avenues for the singer. While doing an afternoon radio show he was also Music Director for the station and produced recordings for himself as well as groups in the New England area working at studios in New York and Boston. In addition he produced live concerts with headliners such as Jimi Hendrix, Cream, Al Martino and Buck Owens in Boston's Symphony Hall. He also produced live concerts for The Who, Blood, Sweat and Tears, The Rascals, Vanilla Fudge, Mothers of Invention, Van Morrison and many more. During his tenure in New England he was voted as the most influential DJ on the Eastern Seaboard by Downbeat Magazine for two years running. On his departure from radio in 1970 to devote himself exclusively to music, his rating was an unprecedented 44.4 share of audience. But with Fustukian, through it all, it’s always been about the music and he has continued his career with live performances from Las Vegas to Moscow as well as national TV. He has produced 7 Albums and he has appeared in several major motion pictures with Actors such as Kirk Douglas, James Coburn, George Kennedy, Ellen Burstyn, Jon Voight and others.

As one fan said. “He could sing the phone book and it would sound good”

Railroad Songs and Songs of The West

Always b/w The Show Must Go On 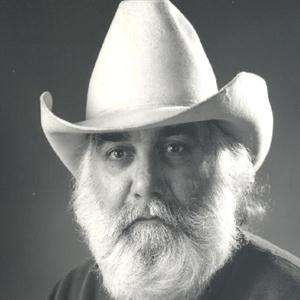