Kevin Blackmore:
Kevin Blackmore, aka Buddy Wasisname, is a madman on stage and according to Billboard Magazine writer Larry LeBlanc is famous for “leaving audiences breathless with laughter”. This, would you believe, is an entertainer who was too shy to join his high school drama club.

Kevin grew up in a place known as the crossroads of the world – Gander, Newfoundland – a community built in the war time years of the 1940’s. His parents and his neighbours were from the small coastal communities of Newfoundland and spoke many different dialects, depending on which bay they had emerged from.

Entertaining for a living was the most unlikely profession for this young lad who began his musical career as a member of a Catholic choir, where the penalty for going off key was a swift twist of the ear by the closest Nun.

Kevin’s musical roots came from his mother who loved to sing old Irish songs. By the time Kevin was eight he had memorized many famous Newfoundland traditional songs by scouring the Gerald S. Doyle Songbook.

The first evidence of his comedic abilities was his propensity for making faces to draw laughter from family members.

When he finished high school Kevin met an entertainer named Chris Lorne Elliot and they formed a musical/comedy duo known as Free Beer. At this time the inner madman in Kevin began to emerge and complemented by the Lorne Elliot brand of comedy, the Free Beer act made a great name for itself playing bars from Newfoundland to Montreal. Their stock-in-trade was novelty songs and routines laced with sarcastic and witty dialogue.

From his days in Gander, Kevin would pull the Newfoundland dialects he learned from his neighbors and use them in his stage act. Coincidentally his body language also took a turn for the better and his animation on stage developed into something like a cross between Elvis Presley, Jerry Lewis and Jim Carey. In the early eighties Kevin gave up the Free Beer gig, got married and settled into Glovertown. Shortly after this he met the two Other Fellers, Ray and Wayne, and they formed the Buddy Wasisname and The Other Fellers Act.

Kevin is now known as the funniest man in Newfoundland and his portrayal of cultural caricatures regularly reduces his audiences to tears, literally cracking them up. His weapons are song, dialogue and facial contortion. He is as hilarious in his singing mode as he is in his stand-up routine. His banter with The Other Fellers on stage has developed into the style of an old fashioned concert that has authenticity and brilliant acting from all three players, who interact with professionalism and ease.

Although still reserved in his own personal life, Kevin has well and truly converted to the art of comedic exhibitionism. Living in an outport community (Glovertown), he regularly steals characters off the street and places them on stage, transforming them into exaggerations that are totally hysterical. With his amazing abilities, Kevin can erase any thought of worldly woes from the minds of his audience and beam them into comedic Shangri-la.

Kevin and his stage partners continue to delight audiences with their mixture of song and buffoonery, flavoured with themes that are unique to Newfoundland and at the same time possessing universal appeal.

Carry on Kevin and the Other Fellers!!

Lorne Elliott:
"I was born so far back I can hardly remember and grew up normally, I think.
I started going on stage at a time when hair like mine was fashionable, and I hung a guitar hung around my neck to complete the look. Somewhere around that time people started laughing at me, and I saw no reason why I shouldn't join them.
I've made a living off the products of my imagination for thirty years, so if you're wondering if that's possible I am here to tell you it is. Give it a whirl. You just might find an audience."

-Lorne Elliott:
Canadian born, LORNE ELLIOTT has performed from Newfoundland to New York City, from Los Angeles to Australia and points in between. Lorne started performing in 1974 as a folk musician in East Coast Canada. At the same time he kept writing fiction as well as songs, monologues and one-liners. The outcome of such a training is a very special show of comedy and music, totally original, entertaining, up-lifting and foolish enough to make everybody laugh. Along with his unique and wacky performance style, it is the timelessness of his material, joined with keen observations of today's trends that make LORNE ELLIOTT's work so special.

LORNE ELLIOTT has performed his one-man show in theatres, universities and clubs. He opened concerts for Rodney Dangerfield in New York City and Jay Leno in Montreal. He has made regular appearances at the Montreal Just For Laughs Festival since it started in 1986: each time his segments were selected for TV Specials, thanks to their universal quality. In Canada and the U.S. he has appeared on numerous talk shows and Variety shows.

As well as being a humourist, storyteller and musician, LORNE is also a playwright. One of his plays "The Night the Racoons Went Berserk" won Best New Play Award at the Quebec Drama Festival 1983. It was produced by the Charlottetown Theatre Festival in 1986 with "Culture Shock", another comedy which has been presented regularly since then across the country; in 1989 it was staged and filmed by CBC-TV for a special Drama telecast. Part of "The Pelley Papers", a new cycle of plays he wrote was premiered at Upper Canada Playhouse (Morrisburg, Ontario) in 1995. Two recent works are "A Pitiful Ambition", and "How I Broke Into Showbiz". He also writes screenplays and TV Comedies, skits, revues, Comedy Variety shows such as "What Else Is On" and "The Lorne Elliott's Really Rather Quite Half-Decent TV Special" for CBC-TV. "Madly Off In All Directions" is LORNE ELLIOTT's own weekly CBC Radio Comedy Series. Taped in concerts across Canada it started airing in January 1996 and continued for 11 seasons. 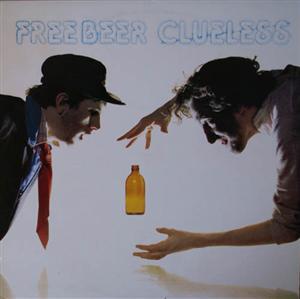