“I was born in a small mountain town in Canada’s most western province of British Columbia. My hometown is called Penticton, which, in the language of the local Okanagan Indians, means “a place to live forever”. The Okanagan Valley is a long mountain valley whose central feature is the ninety-mile long Okanagan Lake. Sage brush bench lands rise up on either side of the lake and rolling blue mountains sweep away in each direction as far as the eye can see.”

I was born on February 23 1949 and my mother can still point out to me the room in the original hospital, now a seniors’ home where I spent my first days on planet earth. My parents moved to the Okanagan Valley after my father Major T.W. Bryant returned from the battlefields of Europe at the end of the Second World War in 1945. They chose Penticton because of its mild warm climate and long days of summer sunshine. The Chamber Of Commerce, anxious to promote Penticton as a tourist destination, loved to say that the Okanagan has more hours of sunshine a year than Bermuda! Probably not true, but growing up there did give me a great passion for sunshine and the outdoors.

I had a Huckleberry Finn childhood and growing up as a nature lover and mountain country boy made for a great childhood, especially in the 1950’s. I was an avid member of the Boy Scouts and as a result my outdoor survival skills and confidence in the bush were very good. At the tender age of ten or eleven I was able to disappear into the mountains on weekend fishing trips with my buddy and my parents never gave it a second thought. This is when a boy gets to feel like a king. The creeks surrounding my little mountain town teamed with brook trout and the water was so cold and fresh you could drink from the stream without a second thought. I always had a dog for a companion as well. My favourite was Dusty. He was a mutt, a cross between terrier and Labrador and he was about the smartest dog and best friend I ever had. Imagine this if you can. It is evening in a narrow mountain valley. My buddy and I have made a fir bough lean to from freshly cut trees and covered it with a canvas. We have also woven ourselves a mattress of fresh fir boughs. You tuck the thick butt ends underneath and allow the soft freshly cut fir boughs to stay on the surface, you keep weaving the boughs in in this way and when you are finished you have a soft bouncy mattress of freshly cut fir. You lay your sleeping bag on top of that. Next we would build a fire pit in front of our shelter and make it out of smooth water polished river stones. You build up a nice big stone reflector at the back to reflect the heat and light back inside the lean to. The mountain stream is rushing by just outside your door providing the most beautiful music imaginable and the sun is going down behind the distant mountains. Then you take your freshly caught mountain trout and begin to grill them over your fire.

Neither Huck Finn nor Tom Sawyer had it any better than I did growing up in the mountains. Walking through the mountains Dusty would flush out the mountain grouse, which were everywhere, and of course the deer and wolves and other big game were there in abundance as well. Besides gaining a great passion for the wild natural world I was also given a great love for the arts – for music, drama and literature. It was a great childhood.

In the sixties things started to change and by the seventies they had changed a lot and by the time my own children were ready to enjoy the wonders of the wilderness in the 1980’s it had become an industrial tragedy. No longer could you drink the water fresh from a mountain stream, no longer were the streams teeming with brook trout and no longer were the woods teeming with game. A hike up over the mountains would bring you face to face with giant clear cuts and some of the biggest mammals like the mountain grizzly were on the brink of extinction. They are most likely extinct today as the last time I checked they were down to less than fifty. The thing that is so sad is that most people don’t even know they are gone, or really care. So its probably this among lots of other things that has contributed to my career, mostly non paying of course, and my reputation as a radical environmentalist.

I started hearing “a song in the wind” when I was about fourteen years old. That was the year my father died at the tender age of forty-eight and the year that I discovered my passion for the acoustic guitar and something very popular at the time that people were calling “folk music”.

Fast forward forty years and you find me producing writing and hosting my own documentary television series called “WANDERING CANADA” based on my several decades long career as a wandering Canadian troubadour and storyteller. The story is much too long to tell here but it is quite a tale and hopefully one that you will be delighted to read by purchasing my AUTOBIOGRAPHY “A SONG IN THE WIND” when it becomes available for publication some time in the near future.

The first thirteen programs of Wandering Canada were filmed in the summer of 2004 in the interior of British Columbia. I arrived at Johnson’s Landing Retreat Centre on the eastern slope of Kootenay Lake and met my Toronto film crew there for the first time. Within hours we were filming our first half hour program to be called “SPIRIT SEEKERS” and I was wandering up the mountain road to the rustic retreat centre equipped with a wireless microphone and voicing my very first on-camera. “Hello I am Wiz Bryant and I am wandering my way into the wild Kootenay Valley of British Columbia.” It was a beautiful moment long anticipated and dreamed about and now finally, after years of preparation and hard work, a reality. Since that first day of filming we have produced twenty-six programs and I have had the chance to relate a few of the hundreds of fantastic tales of Canada that I have accumulated over my thirty years of wandering the country performing concerts, writing songs, and getting to know the people, places, history and culture of this amazing nation. In my autobiography you will be invited into the world of adventure that I experienced during these decades of touring, as well as the new adventures that have occurred during the filming of Wandering Canada each year. I look forward to sharing these true-life tales with you.

In the meantime thanks for watching Wandering Canada and for attending our concert when it comes to your great Canadian town. I look forward to shaking your hand and meeting you in person one of these fine days! We plan on being on the air at least until 2017. It is so important that these stories get told and these songs get sung! Next to a roof over your head and food in your belly there is nothing more important than knowing the stories of your land, and having a good Canadian Song to sing. LOOKING AHEAD, I invite all of you to join me in planning Canada’s 150th Birthday Party in 2017. It’s a celebration that we are calling the CENTENNIAL CINQUANTE. And remember as our old friend Oscar Brand likes to remind us “There is something to sing about in this land of ours!” 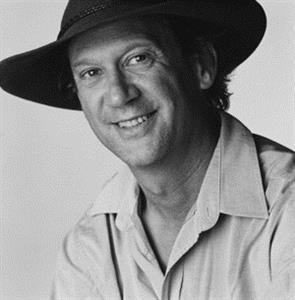