Recipient of the Alberta Emerging Artist Award and finalist in this year's CBC Song Quest, multi- instrumentalist Brown has been called "a national treasure in the making - along the lines of Joni Mitchell, Anne Murray, Gordon Lightfoot or k.d.lang." (Sandra Sperounes of The Edmonton Journal)

Brown has steadily gained momentum since she first self-released "Foot In Heart" in 2008, with dedicated radio play on CBC, CKUA and college stations across the country and most recently placement in a CBC Radio 2 TV commercial.

Most notably, Brown's songs have been featured in regular airplay on Rich Terfry's Radio 2 program 'Drive'. "[The album] sounds like some of the best music you heard on pop-radio back in the '70s...I love this album," says Terfry.

To date, Colleen Brown - both solo, and as part of her side projects 'The Secretaries' and 'The Kit Kat Club' - has performed more than 250 shows, sharing stages with a broad range of artists including Hawksley Workman, Frank Black, Gogol Bordello, Hey Rosetta, Dan Mangan, Danny Michel, The McDades, Adam Cohen and Adam Gregory.

Following a recent show where Brown supported Frank Black, SEE Magazine's Fish Griwkowsky said, "Colleen Brown played the show of her life, opening up. There is a confidence about her new songs that's actually scary, savaging the things we men do with a sarcastic lilt and an eager smile for the next round of battle." 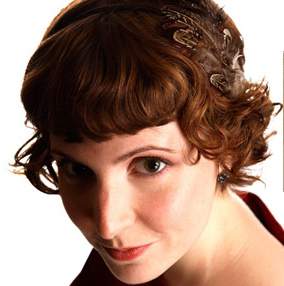