I was born in Toronto in 1946 and raised there. My mother was an artist and my dad was, well, that's a long story. I went to the University of Toronto at the height of the sixties, then Rochdale College. I actually have a Rochdale College PhD (it's another long story).

In 1971 Marie-Lynn Hammond www.marielynnhammond.com and I founded Stringband. We toured for the next 15 years (See Whatever Happened to Stringband?). Then, in the late 80s, I formulated Bossin's Home Remedy for Nuclear War. The medicine show toured Canada, the US, Australia and New Zealand selling some 9000 bottles. Not bad, if I do say so myself.

In 1994, I released GABRIOLA V0R1X0. As well, Nettie Wild directed Sulphur Passage, a music video/ mini-documentary set to my song about the Clayoquot forest protests. It won seven international awards and, more importantly, played a significant role in the fight to preserve Clayoquot and other wilderness.

In 2003,The Indispensable Stringband, a retrospective box set of Stringband's music, was released.

In 2005, I recorded The Roses on Annie's Table. That year I met Sima Elizabeth Shefrin. We have been partners ever since, and in 2007 we produced Latkes together. 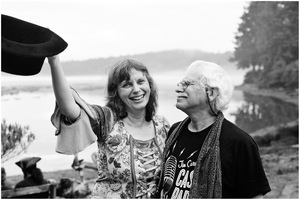 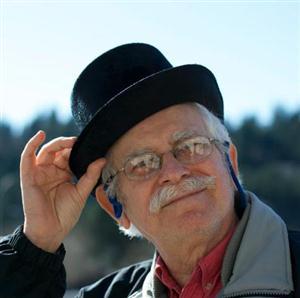