My first band in Ontario was a rag tag affair called Queen City Express. I remember two of the members for various reasons. Joe Jordan the bass player whom I played in a number of bands with and shared an apartment with and Jim Caverhill who punched my lights out in Thamesville, Ontario one evening when we were so drunk we could barely move. It was Thamesville Ontario near Windsor.

The very first time I ever had to back a stripper. In this place her name was Chantelle Silver Moon. I remember because I had never seen a stripper before and although she wasn't much to look at she was a very nice person in a difficult life style. Over the years I backed a couple of dozen strippers but this girl I remember. Thamesville was an important time in my life as it was there that I bought my MARTIN D 35 for $200.00 . I didnt even know what a Martin guitar was, but for the rest of my life it would be my very best friend.
I played with Joe Jordan on a number of pick up gig all over the city of Toronto. We backed up country singers, this barbie doll singer, blues singers, you name it we did it. We survived the Grads Club on Queen St one of Torontos more notorious dumps. The front of the stage was covered in chicken wire mesh so the band wouldn't get hit by flying beer bottles from the patrons.

Joe and I were involved in a car accident one evening on the way to the Grads Club. No one hurt but happy I didn't make the gig that night. Met a girl that night that I dated but can't recall her name. Joe and I had an apartment on Palmerston Ave. in Toronto. It was a great place to work out of.

One day an old friend called and asked me to come to Montreal to see her. It was Penny Ritco a friend from Saskatchewan going to Theatre School in Montreal. So off I went. I stayed with her a few weeks and I was off to Winnipeg to perform with my old friend Glenn Koudelka. I stayed in Winnipeg for about 3 months we played everywhere, every day and every week. In Winnipeg, and surrounding areas like Flin Flon, The Pas , Kenora, Dryden Etc. Its was a great time. But it all ended and I went back to Regina for 3 weeks and then back to Toronto where I stayed with two old buddies Ron Ayre, a fabulous classical guitar player and Stephen Parr former bassist for Charlotte my lifetime friend. I love this guy. He's a missionary now and also a fabulous musician. Bass guitar, Guitar and Cello.

We lived on Yonge Street accross from the old CHUM RADIO which was amazing and we frequented a little pub called the Red Rooster. This is where my friend Doug Pettigrew would play. It was during this time period that I met some amazing musicians that changed my life forever.

Duncan and the Devil b/w Keep it On the Tracks

I Know It's Right b/w Lullaby

Duncan and the Devil b/w Keep it On the Tracks

I Know It's Right b/w Lullaby 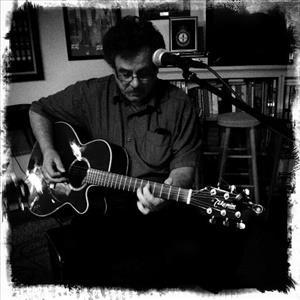