"When I was in grade nine, I went on a bus trip with the French Club from my high school, to Quebec City. (The only reason for joining the French Club and enduring the weekly meetings was to go on this trip!) There was a guy on our bus with a guitar, and I noticed that he spent the whole trip playing songs, with all the cute girls surrounding him in rapt attention. From that moment on, I decided I wanted to be a songwriter.

My family had to endure my learning the guitar in the backseat with my sister and newborn brother on our family trip to Myrtle Beach, South Carolina (and back). My first song learned was "Ticket To Ride" by the Beatles. My sister has since forgiven me for the numerous times I bapped her in the head with my guitar neck. The scars have pretty much disappeared.

Since that time, I've written hundreds of songs. Songs for friends, songs about girlfriends I wish I had, or lost. Songs about travelling, songs about things I had no idea what they were about.

Later, as I developed my craft, I used songwriting to mark occasions in my life. Songs about passages -marriage, the birth of children, , relationships with parents, grandparents, marking moments in time. Songwriting has been a process that crystallizes what life means to me -a prism for joy and grief, and a window into how I see the world. I hope these songs resonate with you. That is my greatest reward as a songwriter."

THEMES, SPORTS MUSIC
Robert's sure gift for instantly recognizable melodies has found a home in the realm of network broadcast music. He has written themes for internationally syndicated t.v. dramas and done network packages for news networks and sports shows.

"One of my true pleasures is finding a way to marry music with sports. These are two of my main passions in life."

An avid, golfer, tennis player and lover of hockey and baseball, Robert composed music for a wide variety of prestigious sports assignments.

EPISODIC AND LONGER FORMAT PROJECTS
Robert was nominated for a Gemini for his work on the hit series "Psi Factor." His dramatic sense of orchestration was showcased in "Mysterious Island" and he both scored and wrote the theme song for ABC's "Penny's Odyssey."

Part of the Family 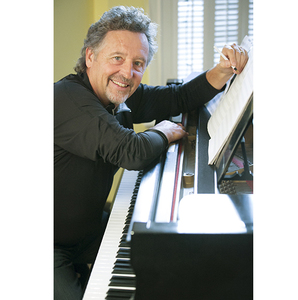