Some artists seek out a life in music. For Beyries, the music found her.

Since a young age growing up in the Montreal neighbourhood of Outremont, Amélie Beyries would write songs at her grandmother’s 1923 Heintzman & Co. piano, but for the longest time, she kept those songs to herself, not wanting to lose her love for simply writing and playing for personal joy.

In a sense, Beyries lived an entire lifetime before Landing, her debut album. She worked at restaurants and had a variety of office gigs, and even when her manager played her intimate, deeply personal songs for industry friends, she chose to present the music without her name, so people could judge it on its own merits. Even Landing’s eventual producer, Alex McMahon, was a longtime friend of Beyries and didn’t know it was her when he first listened.

With the 11-track Landing, Beyries became unmasked. From the first concert in her entire life – a trial by fire performance opening for Martha Wainwright in Rouyn-Noranda – audiences were drawn to her openness, inspired by the likes of Cat Stevens, an artist so powerful he could captivate audiences with just his voice and an acoustic guitar. She performed without sequencers or backing tracks, wanting to speed up or slow down and connect with the audience in a natural way. These were songs that she had kept private for so long that when they were finally brought to the light, they inevitably took on a life of their own. Beyries became a sensation in her home province of Quebec simply by being herself.

All along the way, Beyries received countless signs saying that music had bigger plans for her. One day, she turned on her radio on a whim, only to hear famed Montreal broadcaster Rebecca Makonnen playing her song “The Pursuit of Happiness” from Landing. Her first concert in Toronto at the Drake Hotel became an unforgettable night, with her performing seated, the crowd seated around her, and George Stroumboulopoulos listening attentively beside her. A popular music blogger in Turkey picked up on her music, and suddenly she was playing to rapturous audiences in a country she had never been to before.

After every show, whether it was five or 200 people, Beyries would take the time to meet with fans and listen to them share what the music meant to them. Beyries says she doesn’t just perform to entertain to deliver the songs exactly as they sound on the album – she performs to build lasting relationships. These connections inspire and inform not only her work, but also her approach to life.

These bonds weren’t just developed at her shows. Listeners were drawn to Landing’s melodic storytelling with 11.5K in album sales and 15 million streams across all platforms. Beyries went from never having performed live to playing her songs in England, France, Germany and Canada. The perfectly bilingual artist connected with francophone audiences thanks to French-language songs “J’aurai cent ans” with Louis-Jean Cormier, “Je pars à l’autre bout du monde,” “Maman” and “Au-delà des mots.”

While Landing chronicled her life up until that point, upcoming second album Encounter, coming this August, is about self-discovery through music, touring, and the many people she met on this incredible journey who helped spiritually guide her both directly and indirectly.

From the comedown of performing over 150 shows across the world, Beyries developed a craftswoman approach to songwriting, finding pleasure in working to create a genuine narrative you can hear and feel. The music is more ornate, with more collaborators, orchestral flourishes and expanded arrangements without sacrificing the power of simplicity. If Beyries can’t play a song with true conviction on her Heintzman & Co. piano, which she restored, or an acoustic guitar that song won’t make the cut. The first single, Out of Touch, reveals how her sound has been building and evolving in the past three years.

It’s a refined, earnest sound that has already enraptured audiences at home and is destined to keep growing. 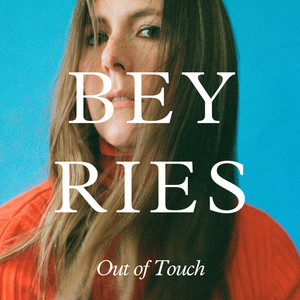