Folk singer-songwriter Philippe Mckenzie is considered the pioneer of popular music in the Innu-Aimun language. He started playing the guitar around the age of 13, with the two guitars being passed from hand to hand in the village of Maliotenam. He incorporates the Innu Teueikan drum into his music, to bring this instrument and the sound of the elders back to life in his compositions, which combine traditional sounds with the popular folk sound of the time. He then abandons this drum to replace it with similar sounds and rhythms, in order to respect the teachings of the elders on the spiritual power of the teueikan. Philippe recorded his first vinyl album with the Service du Nord de Radio-Canada in Montreal thanks to Morley Loon, who presented it to the CBC. He recorded three vinyl singles in the 1970's: Indians Songs in Folk Rock Tradition (c1975), Innu (c1976) and Groupe folklorique montagnais (Mckenzie et al. C1977), the latter with Bernard Fontaine and Florent Vollant. 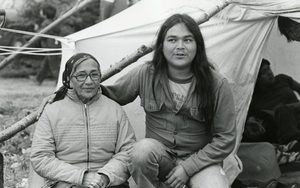 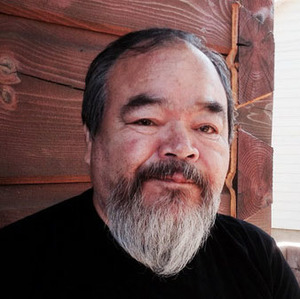