With one foot rooted in the folk music tradition of story-telling, the poetry of spoken-word, and the other planted in a childhood love of South African music, psychedelic folk pop and a smattering of jazz, Mark Berube has a broad and eclectic base from which to build his albums, all bound together by his warmly potent voice. And this is exactly what we get with his new album titled Russian Dolls, out November 5th on Bonsound! Kristina Koropecki, Berube’s shadowy co-conspirator, adds layers of cello, autoharp, saw and a classical music vocabulary to the mix, resulting in rich, lush and adventurous sonic landscapes. Russian Dolls weds the epic to the intimate, the acoustic to the synthetic, the past to the future in delightful ways, always leaving the listener to wonder what will be revealed behind the next door.

Recorded at Breakglass Studios in Montreal and produced by Jace Lasek (The Besnard Lakes, Wolf Parade, Suuns, Land of Talk, Sunset Rubdown, Young Galaxy, etc.), the album is a product of its environment – that of analog organs, echoey upright pianos, synthesizers, small boxes with many knobs, rotating overdriven speakers, marimbas and reverby amps, all tamed and moulded by Lasek's deft hands.

The song Carnival attacks the question of modern malaise and frustrations in a stripped-down and sophisticated chant-hop. Darker and more minimalist, with voyages to both the surreal and the carnal, the song ends in a flurry of Philip Glass-esque patterns of voices, keyboards and marimba. Like waking from an Alice-in-Wonderland sleep, Queen and Country rediscovers a simpler world, and one cannot but stand transfixed upon hearing Katie Moore's idiosyncratic voice. The desire to bathe in the rich luxury of this sole duet on the album, outlined by sparse, roomy drums and a well-loved upright piano, is understandable and wholly excusable.

Mark Berube is one of Canada's most captivating and unfaltering talents, having devoted himself with the spirit of a craftsman to the art of song over the course of the last decade.There’s no doubt that with Russian Dolls, Berube will once again leave his mark. 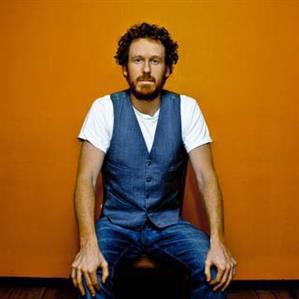