Born in Red Deer, Alberta, Canada, in 1965. His family moved to Montreal from Cape Breton N.S. and Alberta in 1969 where he was educated in both French and English, fully integrating into the French culture of Quebec. Scott received his diploma of collegial studies in Fine Arts at John Abbott in 1984 and BFA specialization in printmaking at Concordia University in 2003.

In 1986 he was awarded a residency at The Banff Centre of Fine Arts on the Tevie and Arliss Miller Scholarship. In 1988 he attended the Uffizi Print and Drawing Room in Florence on the Elizabeth T. Greenshields Foundation where he studied Master drawings and prints. In 1992 he was awarded a residency at the Leighton Artist Colony at The Banff Centre for the Arts to produce work for his Owe Canada Owe Quebec series. In 1993 Scott received a Canada Council Explorations Grant for his Black ’47 Irish Famine painting and video installation. In 1996 and 2001 he was awarded residencies at the Helene Wurlitzer Foundation of New Mexico in Taos, in 1999 he received the William Blair Bruce Fine Art Travel Scholarship and a Canada Council Travel Grant and for his Ancestral Homes project in Norway. In 2000 he was awarded the Baie-Saint-Paul '2000 le Symposium de la Nouvelle Peinture' residency. In 2005 he was awarded the Conseil des arts et des Lettres du Quebec ‘A’ Grant to produce work for his Sacred Feminine and Masculine photo/video installation. In 2006 he was awarded a Main Film production grant and in 2007 the Filmmakers Assistance Program from the National Film Board of Canada for his 22 minute documentary, After the war with Hannelore. In 2008 he attended the SAGAMIE digital photo residency for his Goddess and Gods/Contemporary Archetypes photo and video installation. In 2009 he was awarded both Canada Council and Conseil des arts et des Lettres du Quebec travels grants to premiere After the war with Hannelore at the Arnsenal 2 Institut für Film und Videokunst in Berlin, Germany.

Scott has had over 150 exhibitions and performances nationally and internationally and his work has reflected social, political and historical themes with an aim to promote education and accessibility to art and culture. His work is in many museums, corporate and private collections. He has presented his work in Canada, Mexico, Germany, Ireland, Czech Republic, and the USA. His work has been collected by The National Gallery of Canada, Musée de Québec, Museo Nacional de la Estampa, Guinness Corporation, Air Canada, The Royal Bank of Canada, Pratt and Whitney, Reader’s Digest, Claridge, Velan Valves Inc., Brasserie McAuslan Brewing, London Life, CP Hotels, Loto Québec, Jewitt Morrison & Associates, ALDO, Senvest Collection, Dr. Jane Goodall and TV personality Rick Mercer.

He is a co founder and member of the art collective La Raza Group www.larazagroup.com whose focus is on art outreach through muralism. Scott also created A Brief Canadian History www.abriefcanadianhistory.com as a program to teach First Nations and Canadian history through music and storytelling. He was the artist in residence at the McAuslan Brewery from 2004 to 2008 and founded this artist in residency program and the Centre St. Ambroise cultural centre. Scott recently completed a 22 minute ‘Cold War’ documentary-animation, After the the war with Hannelore – A Berliner war child’s testimony 1945 – 1989, http://www.macleod9.com/film/war/home.php

He is represented by the Jens Thielsen Gallery in London, Ontario.

“I have made it my life’s work to explore history, mythology and story telling in my art making process whether it be painting, photography, music or film in the hope to better understand where we have come from, who we are and where we are going. Joseph Campbell believed it is our myths that define us and I have defined myself in my work and created my own ‘myth’ or life path through my work. Art has made me humble, it has fed and sheltered me, given me a voice, and enabled me to do the same for others, through mentoring and outreach work. And as a result of this work I have better understood humanity’s place on this planet and have tried to be a positive influence for political and social change.”

The Closing of the 4th Cycle 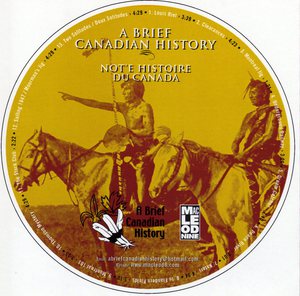 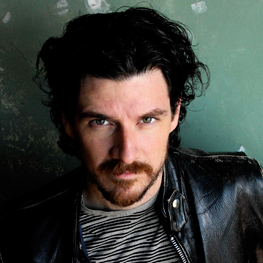