When Sandy Kakayuk and his old bandmates recorded some rock songs in the 1970s, he could never have imagined they’d get digitized and then ring out from stereos and MP3 players around North America 40 years later.

“People like it,” said Sugluk’s Kakayuk, of the album’s reception. “It’s getting around.”

“We just had that little 45 we recorded in 1974 or 75 from when we played Toonik Tyme in Iqaluit,” Kakayuk said. “That was the only one and it was live, no takes — just a one-shot recording.”

That album was recorded at the same time the band was photographed outside what is now Nunavut’s capital, in bell-bottoms jeans and long hair.

one of the former Sugluk band members, Tayara Papigatuk, died after a battle with cancer, but thanks to the recordings, the musician’s’ work is now forever immortalized for music lovers north and south of 60.

In Salluit, Kakayuk and the band’s surviving members are still playing music together. They call themselves the Salluit band now.

“We’re still playing those same songs, and some new ones too,” Kakayuk said. “We also play a lot of gospel music.”

Group members have transformed into role models for a new generation of aspiring musicians who are perform in local arts programs and talent shows.

“In Salluit, there are a lot of young people playing music these days,” Kakayuk said. “So yeah, we are kind of like role models. We were the first band in Nunavik.” 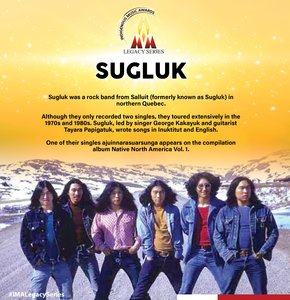 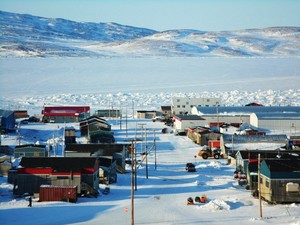 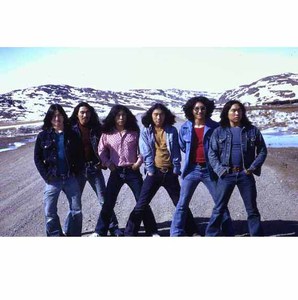