Joanna's signature writing style is both rich and stunning. Being an artist who is known to enjoy musical contrasts, she has a beautiful way of fitting soulful vocal melodies with intricately structured lyrics and rounding out her sound with hard-hitting backbeat-heavy grooves. She is a strong keyboardist and singer whose dynamic mix of R&B, jazz and funk sets her apart from other urban music artists in Canada. Her first release, Through the Dark (2010), has won awards and topped charts. She was chosen as a winning finalist in the R&B category of the John Lennon Song Writing Competition in 2010 for writing "Save My Soul" and was shortlisted among the top 3 finalists in the hip-hop/R&B category of the Great American Song Contest in 2009, for writing "Burn". Her album placed 3rd on the CJSW 90.9 hip hop charts (October 2010), 7th on the CJSR 88.5 R&B charts (November 2010), and 4th on the CFBX 92.5 jazz charts (February 2011).

Joanna is currently making her second album, Gone, to be released independently in the fall 2012. She has received substantial financial support from the Canada Council for the Arts to produce the album. Other goals for Joanna in 2012 include being chosen to participate in this year's Red Bull Music Academy in New York City, as well as create a keyboard curriculum for Ableton Live users and DJ's. Affectionately known among some of her colleagues as a "secret weapon", Joanna Borromeo is someone who will leave a lasting impression on Canadian music. 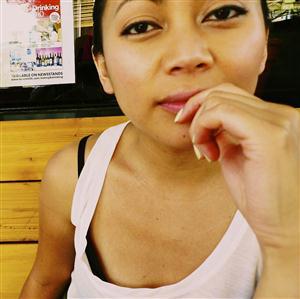