Nail is a Canadian progressive heavy rock/metal band. After spending several years performing with Canadian multi-platinum recording artists Helix, Nail was formed in 2007 by Rainer and Cindy Wiechmann after their departure from that group. Nail presents a sound that is a considerable departure from the ‘80s “Hair Metal” rock sounds one would associate with Helix, having roots and influences more likely associated with groups like Rush, Black Sabbath, and Tool. Stylistically Nail is difficult to categorize as there are few if any groups that combine these elements with female vocals, effectively putting the group into a category of their own.

2007 saw the release of the first self-titled album which was met with many positive reviews and made its way onto several “best of” lists from international reviewers. Catchy musical hooks and lyrics combined with skilled musicianship and arrangements that are “progressive” in nature but still easily accessible set the standard for the “Nail” sound. The live concert performances also include co-ordinated video presentations which combine into a sensational entertainment experience.

May 2010 now sees the release of the band’s sophomore album, “power and greed”, which continues in this vein, and so far has seen excellent reviews. Produced and engineered by producer/Nail guitarist, Rainer Wiechmann, whose many past studio credits include associations with artists, such as Kittie, Helix, Blood of Christ, Thine eyes Bleed, and dozens of independent releases over the past 20 years. 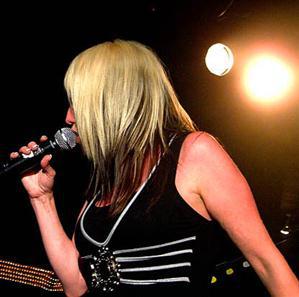