Born January 28, 1946 in Kingston, Jamaica, West Indies, Otis Gayle – singer, songwriter, and veteran Studio One artiste – began his musical career as a vocalist with Byron Lee and the Dragonaires. The singer performed with the group on the international circuit; and in 1967 settled in Canada.

While he continued to perform as part of the Dragonaires, Gayle also recorded a series of solo hits, notably a cover version of the Detroit Spinners' "I'll Be Around" for Coxsone Dodd at Studio One in Jamaica.

As a soloist, Gayle released a series of local hits; and in 1985, he was awarded a Juno. The award has since been acknowledged as a particularly notable achievement as Gayle was one of the first black artistes to be recognised by the prestigious panel of adjudicators. His hit, "Heaven Must Have Sent You", was accredited as the ‘Best Reggae Song’ in the Best Reggae/Calypso Recording Category, which resulted in the singer maintaining a high profile on the Canadian Reggae circuit.

In spite of his successful solo career, Gayle continued to tour with the Dragonaires, where he performed a unique blend of Soca and Reggae – primarily in North America. The singer has also supported artistes such as, Barry White, Joe Tex, and Jackie Mittoo.

By the start of the millennium, Gayle had built a solid reputation as a "big people's singer" with favoured tracks such as, "Follow Your Dreams", "Give A Little More Love", and "He Is My Friend". His legendary status as one of the music's pioneers was finally acknowledged when, in 2001, the revival label Soul Jazz released “Studio One Soul”, featuring Gayle's interpretation of "I'll Be Around".

His latest recording project is the production of a 12-track CD Album, “I’ll Be There” – from a track of the same name, on his own West End Records label. A mix of Reggae and R & B; it also includes some of the singles mentioned above: “Follow Your Dreams”; “Give A Little More Love”; and “I’ll Be Around”. Gayle’s songwriting skills come to the fore on 9 tracks. The Album was released in March, 2009; with a music video, of “I’ll Be There”, paving the way with its release in December, 2008.

Since returning to Jamaica in March 2005, Otis is home and settled in Negril, Westmoreland. He is a regular staple on the circuit, performing Thursdays through Sundays at a number of well-known Negril ‘hot spots’ – with his Oneness Band – including: Charela Inn; Cocolapalm Resort; and Tropical Fantasy (Boat Bar). On occasions, he performs at: Bourbon Beach Negril Restaurant & Bar; Roots Bamboo Beach; and Negril Escape Resort & Spa.

Otis Gayle, a member of (the) Jamaica Association of Vintage Artistes & Affiliates (JAVAA), has also performed on a number of its shows. He plans on ‘being around’ for a long time; continuing to do what he does best – perform, record, and write. 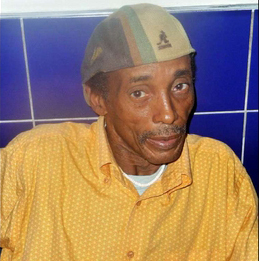