Troy MacGillivray … raised in Lanark, Nova Scotia, his musical prowess can be attributed to an especially rare combination of commitment and bloodline. By the age of six, Troy was already impressing audiences with his step dancing skills. By 13 he was teaching piano at the renowned Gaelic College of Celtic Arts and Crafts in St. Anne's, Cape Breton. He has completed grade seven of the Toronto Conservatory of Music for classical piano, has spent four years in a stringed orchestra and has earned a Bachelor of Arts degree with a major in music from St. Francis Xavier University.

Troy's first 2 recordings, Boomerang (2003) and Musical Ties (2001), received East Coast Music Award nominations as well as Music Industry Association of Nova Scotia nominations. Musical Ties is a blend of contemporary and original compositions with two hundred year old melodies played on the piano and fiddle while Boomerang is a demonstration of the piano and fiddle played in the purist traditional styling's. It is a roots-centered approach with the power to capture any audience.

MacGillivray's third solo album, ELEVEN, is a tribute to his Highland heritage, and is named in recognition of the nickname given to his grandfather, fiddling pioneer Hugh A. MacDonald - Hughie No. 11. Additionally, this album marks the 11th recording on which MacGillivray has appeared.

Troy’s latest project, When Here Meets There, is a unique collaboration with Canadian & US National Fiddle Champion Shane Cook that showcases why both fiddlers are at the top of their game. “Individually, these two fiddlers are virtuosic musicians and dynamic performers; together, stimulating and feeding off of each other and their top-tier back-up musicians, they are inspirational.” (Dr. Sherry Johnson - York University, Toronto). "When Here Meets There" won the 2009 East Coast Music Award for Roots/Traditional Group Album of the Year.

The last few years have been incredibly busy ones for Troy MacGillivray. In 2004, he was the recipient of the "Auleen Theriault Young Tradition Award" from the Goderich Celtic Roots Festival in Goderich, Ontario — an award given to an artist that shows outstanding talent and love for traditional and roots based music. He embarked on an impressive Canadian tour in support of his independently-produced CD, Boomerang; recorded a television program for the Bravo Television Network and provided music for a CBS made-for-TV movie starring Jane Seymour. In 2005/2006, Troy made his first of many appearances at Celtic Connections Festival in Glasgow, Scotland where he was chosen as the winner of the honourable “Danny Kyle Stage”. He also showcased at a number of prestigious events, including the East Coast Music Awards, Celtic Colours International Festival in Cape Breton, the Royal Scottish Academy of Music and Drama, the Barbados Celtic Festival and the Edinburgh Fiddle Festival - not to mention a Dave Gunning tour of Western Canada, and numerous dances, concerts and ceilidhs throughout Canada and the United Kingdom The fast pace that is Troy MacGillivray continues! From repeat appearances at Scotland's Celtic Connections Festival to a tour in British Columbia to appearing at the Canadian Grand Masters Fiddle Championships to promotional tours in Toronto, Ottawa, Boston and Chicago, Troy continues to impress and amaze audiences around with world with his incredible array of talent. In between his busy touring scheduled, he also managed to complete the Applied Music Technology program at McKenzie College, studying recording engineering in 2006.

Troy's bloodline is equally as impressive. The Lanark MacGillivrays and MacDonalds have been proprietors of the Gaelic tradition in North Eastern Nova Scotia for generations. Troy's grandfather, Hugh A. MacDonald, is a member of the Nova Scotia Country Hall of Fame - an honour bestowed for his contribution to the Gaelic culture of Nova Scotia. Troy's parents, Tony and Janice, are talented musicians in their own rights while his sister, Kendra, is a two time East Coast Music Award winning Celtic fiddler and his sister Sabra, is an accomplished dancer and percussionist. Whether playing piano or fiddle, or showcasing his stepdancing capabilities, Troy MacGillivray displays a unique sense of pride and commitment to his Celtic heritage and his music continues to add to the history and development of the traditional music that is the epitome of the Maritimes, the place he calls home! 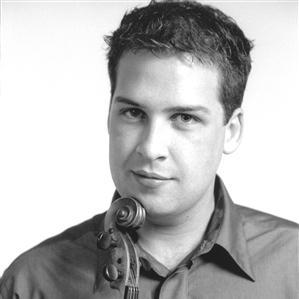