The Wonderful Grand Band, Newfoundland's tremendously popular trad-rock band from the 1980s was conceived in 1977 for The Root Seller, a six-part mini-series produced by CBC St John's. The show was written by Codco alumni Greg Malone, Mary Walsh and White and hosted by Greg Malone and Mary Walsh as Mr and Mrs Budgell, characters from the CODCO stage shows. The Root Seller had special weekly guests including Emile Benoit, Rufus Guinchard, Minnie White, Cathy Jones, and Jimmy Oulton. It was an instant local favourite but only two of these shows, with special guests Minnie White and Emile Benoit, survived at the CBC. The musicians on The Root Seller were - Kelly Russell, Sandy Morris, Ron Hynes, Glenn Simmons, Rocky Wiseman, Bryan Hennessey and Bawnie Oulton.

After The Root Seller the Band continued to play live dates but in 1978, Hennessey and Oulton left to pursue other interests, Kelly Russell was replaced by Jamie Snider, Paul Boomer Stamp took over on drums and Ian Perry became the bass player. Greg Malone re-joined the Band, this time for a live stage show which debuted at Toronto Caravan. This incarnation proved to be wildly successful and in 1979 Tommy Sexton joined Malone to complete the team that fronted the show until the WGB finally split in 1983.

The series WGB with Malone and Sexton which followed in 1980 was the most popular show in Newfoundland television history, beating all the competing American shows and even the News in the ratings. The Wonderful Grand Band toured Newfoundland and Canada extensively from 1978 to 1984 and built up an enormous fan base that has been loyal and appreciative all these years.

During the television years the WGB had several cast changes including Steve Annan on guitar, Howie Warden on bass, Kevin McNeil on drums and Cathy Jones and Mary Walsh in the comedy act for the final performance year.

The WGB's release of two volumes of the original TV Series on DVD came after years of consultation and planning with CBC where the shows were originally produced in the 1980's. The DVDs, The Best of WGB Volume 1 and 2, released in November of 2009 were a sensational success bringing to life once again some all-time favourite characters like Mr. Budgell, Nanny Hynes, Dickie, Mavis and Carmel Ann, and included many of the classic hit songs like Sonny's Dream and Living In A Fog, Go For Love, UIC and the sensational Babylon Mall which features the inimitable style of the late, great, and ever-missed Tommy Sexton. The release and tour were undertaken in part as a tribute to Tommy.

The WGB is managed by White.

Living in a Fog

Living in a Fog (re-issue)

Suzie b/w Living in a Fog 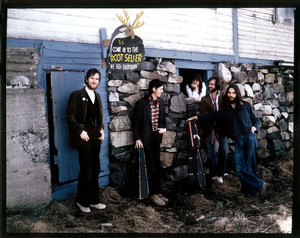 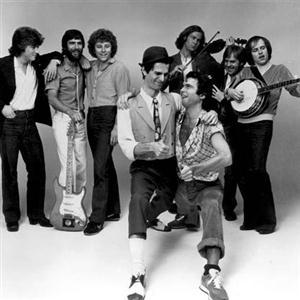