With 3 Canadian Aboriginal Music Awards under his belt Rex Smallboy is somewhat of an icon in the Canadian native rap music scene. From leading War Party to be the first native rap group to appear on Much Music Canada to working with Rap music Legend Chuck D on his last War Party release, Rex’s passion to bring a native presence to Rap stoked the hearts and minds of many First Nation’s rappers. With his first full solo effort in the final stages of the master recording process Rex is already making moves with his management team keeping the War Party name alive and bringing the next chapter of native rap to the masses. Alberta based Prairie Dog Films has recently licensed two of the upcoming tracks to be featured in the new APTN series Blackstone.
-www.prairiedog.ca

Considered to be the pioneers of the native rap scene in Canada some of War Party's performances include the World Expo in Nagoya, Japan and the First Peoples Festival at the Smithsonian Museum in Washington, DC.

Over the years War Party has received considerable attention from such media as APTN, CBC, MSNBC, AVR, NCIFM and CFWE. War Party's music has also been featured on Aboriginal films Dreamkeepers and Stryker.

Band/artist history
War Party Biography
War Party was founded by Rex Smallboy to represent the Native voice in the rap music industry. Known for having a positive vibe and powerful message of overcoming adversity War Party made music history as the first native rap group to have a music video (Feeling Reserved) air nationally on Much Music Canada.

Inspired by the revolutionary forces of rap and driven by the untold injustice inflicted on the American Indian, the music and message of War Party tells a remarkable and heroic story of hip-hop, courage, honesty and determination.

Easily one of the most important rap groups of their time, War Party focuses on the trials and tribulations of coming from a socially, politically, and economically deprived environment such as the First Nations reserves of North America.

With a strong reputation for ground breaking accomplishments, War Party has also gained national recognition for their music from The Canadian Broadcasting Corporation (CBC) and the Aboriginal Peoples Television Network (APTN).

The group also received coverage from MSNBC News for their performance in Washington DC at the First Americans Festival hosted by the world famous Smithsonian Museum.

War Party has worked with Chuck D from Public Enemy, (Featured on their latest release The Resistance) and have had their music featured in the major motion picture Dream keepers.

The Greatest Natives from the North

The Greatest Natives from the North 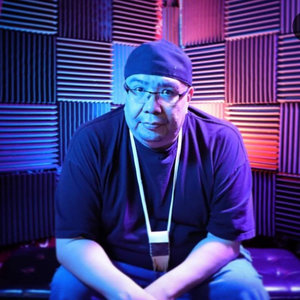