Consensus on the band's name was agreed upon from the get-go. The Ultimate Image, they felt, was not only a catchy name, but best described their two goals: musical excellence & hip style. Whether they achieved either is a matter of personal opinion & taste, but one thing's for sure, they ruled the region with their custom renditions of material by the Rolling Stones, The Troggs, The Young Rascals, The Turtles, and The Jimi Hendrix Experience.

In addition to gigs in the nearby towns of Morrisburg, Alfred and Williamstown, they regularly played at local high school dances. At General Vanier High, they even received standing ovations! In 1968, a cat by the name of Claude Delorme opened "The Book", a teen nite club. This booze-free hang out became the primary spot in Cornwall for swingin' live music. As the story goes, The Ultimate Image became the club's house band. Packing the place to capacity, they dazzled the populace with their hard edged psychedelic sound and lightshow.

One wintery night (probably around New Year's vacation), Trend Records president Merv Buchanan was present. Having been tipped off by a local relative, he headed over to "The Book". The group's performance must have left him impressed, 'cause before the night was over, he was offering the band a recording deal! Although Trend Records was a small operation, it managed to scout out some fairly potent (and now legendary) acts, like Bent Wind, for example. By April, the band had booked time at Merv's studio in order to cut a record. Mr. Rene Brisson, the principle at St. Lawrence High, was so proud of the boys that he granted them time off from class! Now that's cool!

The recording session cost the fellas $160. They split Cornwall in the wee hours of the morning so they'd arrive in Toronto by 9:30 a.m. Trend's studio was located on Sheppard Avenue in West Hill, Ontario (now a part of Scarborough). It was literally a house and barn! As it turns out, recording didn't go as smoothly as planned. It took the group twelve hours to crank out just two numbers, "It's a Hard Life" and "Rains of Autumn".

The single was released during the summer. Local station CJSS agreed to support it, but it was rarely played. Trend even gave them 20 copies for promotional give-aways, but when fans requested "It's a Hard Life", they always claimed they didn't have a copy. Apparently the top disc jockey (Don Beefer) was pals with The Image's rivals, "The Oracle of Zodiac". It wasn't until Dave Mickey, a young replacement from Toronto arrived, that the record started getting some airplay. Unfortunately, the internship was brief.

By the time the new decade rolled in, members were fighting over musician direction. Reg & George wanted to move on to a more underground sound, while Rick & Rob felt more comfortable playing the commercial stuff. As was the case with most bands from this era, high school graduation, full-time jobs, and marriages eventually did them in. The Ultimate Image will go down in history for being Cornwall's collest combo! 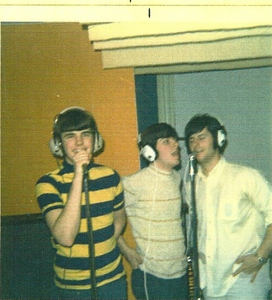 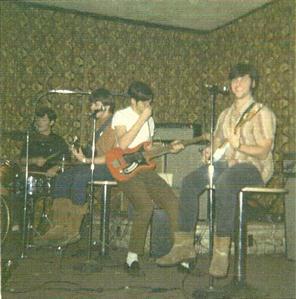