Internationally acclaimed singer-songwriter and multi award winner, Ian Tyson, is celebrating 5 decades of performance in 2011 with a full schedule of concerts planned from coast to coast in both Canada and the United States. Throughout 2008, Tyson shot a TV Music/Documentary Special for Canada’s Bravo Chanel which aired in January 2010 and, along with additional live footage, a second TV special was also produced for the CBC Network. These shows are now available in a double DVD package titled “Ian Tyson, This Is My Sky”. In December 2010, Ian’s memoir for Random House of Canada – “The Long Trail” – became an instant Best Seller.

From the superstar status of Ian & Sylvia in the 1960’s to the legendary Tyson of today, Ian continues to keep his loyal fans in awe with songs that range from his classics – Four Strong Winds (named Canada’s top song of the 20th century), Someday Soon, and Navajo Rug, to his newest works which he continues to write with inspired vigor. Now in his mid 70’s, Tyson combines a busy touring performance schedule with the work on his Alberta ranch, nestled in the foothills of the Rockies south of Calgary. It’s a workload that would exceed that of most people generations his junior.

Ian Tyson is one of a kind . . . authentic and durable. In the tough world of show business where an Artist can consider himself lucky to have one hit and a few good years, Ian Tyson has had two distinctly brilliant careers. Spanning 5 decades, Tyson has forged a trail of musical innovation. Starting with the legendary folk duo of Ian and Sylvia in the 60’s, the trail has culminated with the seminal Cowboyography collection reaching platinum status in the mid 90’s.

At the age f 24, Tyson left behind the itinerant logging and rodeo life of British Columbia and hitchhiked to Toronto. Caught up in the folk music revival, he formed, along with a very young Sylvia Fricker, the legendary duo of Ian and Sylvia.

The influential folk duo, Ian and Sylvia, married in 1964, recorded over a dozen timeless albums, including their best known and often covered hits – Ian’s Four Strong Winds and Someday Soon, and Sylvia’s You Were On My Mind.

During the British Invasion, Ian and Sylvia evolved into pioneers of country-rock. Their band, Great Speckled Bird, rivaled the Byrds and other groups which helped create modern country, a decade before the Urban Cowboy phase of contemporary “new traditionalists”.

After hosting a national Canadian television music show from 1970 to 1975, Tyson realized his dream of returning to the Canadian West. The music and marriage of Ian and Sylvia had ended and it was now or never. Disillusioned with the Canadian country music scene, Tyson decided the time had come to return to his first love – training horses in the ranch country of southern Alberta.

After three idyllic years cowboying in the Rockies at Pincher Creek, Tyson recorded the album Old Corrals & Sagebrush, consisting if cowboy songs, both traditional and new. “Kind of a musical Christmas card for my friends” he recalls. “We weren’t looking for a ‘hit radio’ play or anything like that”. Unbeknownst to Tyson and his friends, the cowboy renaissance was about to find expression at the inaugural Elko Cowboy Poetry Gathering in 1983. A small coterie of saddle makers, rawhide braiders, cowboy poets and pickers discovered one another in this small cow town in Northern Nevada. Tyson was invited to perform his “new western music” and the overwhelming response at Stockman’s Casino brought Tyson the realization the he had found his true audience.

Tyson considers himself a very fortunate man. His second music career takes him to concerts all over North America, where he is able to ride the deserts and sage hills with his friends from Alberta to Mexico. “I like to surround myself with the most talented musicians,” Tyson says, “so that people not directly from the ranch culture can enjoy an evening with us through the music alone. Everyone, it seems, can relate to a song like Someday Soon and that’s the kind of communication I strive for.”

The striving continues and the songs keep coming from this word painter of the west. His current album, Yellowhead to Yellowstone and other Love Stories – SPCD 1339 – was recorded in 2008 and has been critically acclaimed in both Canada and the United States. This latest CD is the 13th release in Tyson’s steady stream of recordings since 1973. In 2000, Tyson’s “Four Strong Winds” was voted Canada’s top song of the 20th Century by CBC listeners.

Ian Tyson is the recipient of The Order of Canada and has been inducted into 5 industry Halls of Fame. He has garnered 3 Honorary Doctorates and received numerous citations and awards from every corner of the entertainment industry. He is exclusively represented by fellow Canadian, Paul Mascioli of Mascioli Entertainment Corporation, Orlando, FL.

One Jump Ahead of the Devil

I Outgrew The Wagon

And Stood There Amazed

One Jump Ahead of the Devil

I Outgrew The Wagon

And Stood There Amazed

One Jump Ahead of the Devil (re-issue)

Songs from the Gravel Road

Yellowhead To Yellowstone and Other Love Stories

Songs from the Stone House (EP)

Rock Begins To Roll b/w What Does She See

The Gift b/w The Coyote And The Cowboy (45RPM)

Turning 30 b/w Texas I Miss You 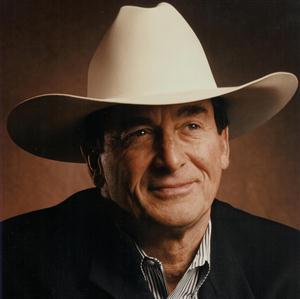