David Sinclair toured with Sarah McLachlan from 1993-2003 as her guitarist on the Lillith Fair, Fumbling Towards Ecstasy and Surfacing tours. Prior to working with McLachlan, he toured with k.d. lang on her Ingenue tour. Before he landed these two opportunities, Sinclair had already accomplished a vast and varied musical background on his own.

Growing up in Vancouver, David was first was exposed to the world of professional music at the age of twelve. As a teenager, he was part of many bands and played locally regularly, moving from one playing situation to another, refining his guitar skills and performance. At the expense of his academic courses at the University of British Columbia's School of Music (Canada), he would often spend hours in the music library listening to a wide variety of guitar music from delta blues, to Django and to classical. During that period he was also introduced to the recording studio namely, Vancouver Recording (with legendary Vancouver engineer/producer Robin Spurgin), one of the very few professional studios in town at the time, which he frequented for days at a time, observing sessions and doing everything and anything he could to gain studio experience.

By the age of 18, he was already a professional musician performing 5 to 6 nights a week in some of Vancouver's notorious 'East -end' cabarets, and appeared regularly as a feature vocalist on CBC TV's 'Let's Go' and 'Where it's At' series. He also performed as a solo acoustic artist at coffeehouses and toured B.C. as opening act for 'The Poppy Family'. Over the next few years he released his first solo album, "Take My Hand", and helped form the successful Vancouver group Sunshyne, which included the late Bruce Fairbairn (producer for Aerosmith etc), Jim Vallance (songwriter with Bryan Adams and Ozzy Osborne) and jazz flautist/saxophonist Tom Keenlyside. Sinclair left Sunshyne after a few years to tour with a succession of major Canadian artists. Meanwhile, Sunshyne was transformed into Prism, and David played some guitar on their first 3 albums.

As well as becoming a top-call studio player, doing a myriad of jingles, TV shows, films and records, he started working with arranger/composer/studio musician Bob Buckley, with whom he would form the bands Straight Lines and Body Electric. Straight Lines climbed the radio charts with Roanne, Heads are gonna roll, Letting Go (Juno nominee-best songwriters, top 10 across Canada, Billboard pick), to name a few, selling over 50,000 copies Nationwide. Body Electric's "Do You Think They Can Tell" was given an "Outstanding Airplay" award in 1984. As well as their own shows, these bands toured with top National and International artists including Corey Hart, Joan Armatrading, Loverboy, and Parachute Club.

As a studio guitarist, he has worked with many Canadian artists including Sarah McLachlan, Michael Bublé, Daniel Powter, Bachman Turner Overdrive, Amy Sky, Rita MacNeil, Paul Janz, Valdy, Susan Jacks, Terry Jacks, Barry Greenfield, Prism, Irish Rovers, Matthew Lien, Gary Fjellgaard and many more. He has played on and composed music for many TV series and films, appeared on numerous occasions with the Vancouver Symphony Orchestra and a variety of musical theatre productions. Over the past few years, David has produced CDs for a number of artists, including Gary Fjellgaard, Shutterfly and BC folk/pop artist Kent Fiddy.

Sinclair continues touring, recording and producing. He is also focusing on his two instrumental solo CDs: Acoustic Christmas which he recorded while touring with McLachlan, and his most recent release, the 2007 body of work entitled No Words, which is already receiving rave reviews. No Words is a soulful roots/celtic mix featuring mainly original acoustic guitar work inspired by a number of events at different points of his life. A third solo CD (of all original songs and compositions) should be out by the end of 2009, and it includes many vocal tracks as well as instrumental pieces. 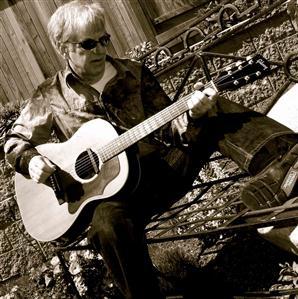