Buffy Sainte-Marie was a graduating college senior in 1962 and hit the ground running in the early Sixties, after the beatniks and before the hippies. All alone she toured North America's colleges, reservations and concert halls, meeting both huge acclaim and huge misperception from audiences and record companies who expected Pocahontas in fringes, and instead were both entertained and educated with their initial dose of Native American reality in the first person.

By age 24, Buffy Sainte-Marie had appeared all over Europe, Canada, Australia and Asia, receiving honors, medals and awards, which continue to this day. Her song Until It's Time for You to Go was recorded by Elvis and Barbra and Cher, and her Universal Soldier became the anthem of the peace movement. For her very first album she was voted Billboard's Best New Artist.

She disappeared suddenly from the mainstream American airwaves during the Lyndon Johnson years. Unknown to her, as part of a blacklist which affected Eartha Kitt, Taj Mahal and a host of other outspoken performers, her name was included on White House stationery as among those whose music "deserved to be suppressed", and radio airplay disappeared. Invited onto television talk shows on the basis of her success with Until It's Time for You to Go, she was told that Native issues and the peace movement had become unfashionable and to limit her comments to celebrity chat. The next presidential administration, that of Richard Nixon, also came down hard on her, as this was the time of Wounded Knee.

In Indian country and abroad, however, her fame only grew. Denied an adult television audience in the U.S., in 1975 she joined the cast of Sesame Street for five years. She continued to appear at countless grassroots concerts, AIM (American Indian Movement) events and other activist benefits in Canada and the U.S. She made 18 albums of her music, three of her own television specials, scored movies, garnered international acclaim, helped to found Canada's Music of Aboriginal Canada JUNO category, raised a son, earned a Ph.D. in Fine Arts, taught Digital Music as adjunct professor at several colleges, and won an Academy Award Oscar and a Golden Globe Award for the song Up Where We Belong.

2009 marks the release of her eighteenth album Running for the Drum, which just won Buffy her third Juno Award. Packaged in tandem with the bio-documentary DVD Buffy Sainte-Marie: A Multimedia Life, the two disks together give audiences a glimpse into the life and work of this unique, always current artist.

Born on a Cree reservation in Qu'Appelle Valley, Saskatchewan, Buffy Sainte-Marie was adopted and raised in Maine and Massachusetts. She received a Ph.D. in Fine Art from the University of Massachusetts. She also holds degrees in both Oriental Philosophy and teaching, influences which form the backbone of her music, visual art and social activism.

As a college student in the early 1960s, Buffy Sainte-Marie became known as a writer of protest songs and love songs. Many of these have become huge hits and classics of the era, performed by hundreds of other artists including Barbra Streisand, Elvis Presley, Chet Atkins, Janis Joplin, Roberta Flack, Neil Diamond, Tracy Chapman, The Boston Pops Orchestra, Cam'ron, Neko Case, and Courtney Love.

Buffy had a unique career outside the States, working in Europe, Canada, Australia, Hong Kong and Japan. She wrote songs and essays, established a scholarship foundation to fund Native American study, spent time with indigenous people in far away countries, fell in love with flamenco while living in Spain, earned a Gold Album in Japan, received two medals from Queen Elizabeth II and presented a colloquium to Europe's philosophers. (Her first college degree was in Oriental Philosophy.)

In 1976 she quit recording to be a mommy and an artist, and to continue as a student of experimental music. Buffy and her son Dakota Starblanket Wolfchild became well known for their five-year stint on Sesame Street, where they taught us about sibling rivalry, breast feeding, and that "Indians still exist." As a composer, she won an Academy Award in 1982 for the song Up Where We Belong as recorded by Joe Cocker and Jennifer Warnes for the film An Officer and A Gentleman.

With Dakota grown up, Buffy re-entered the music scene in 1992 with her comeback album Coincidence and Likely Stories (EMI). That year, she also helped establish the new Juno Awards category, Music of Aboriginal Canada. She also took home a Gemini Award for Best Performance in a Television Special, and a British academy award (BAFTA). Her recognition as a major Canadian artist that summer was accented by a performance with the National Arts Center Orchestra at the Museum of Civilization in Ottawa. The next day's newspaper headlines described Buffy's concert as "superb, powerful, and moving, drawing a roaring and deserved standing ovation". That same year, France named Buffy Sainte-Marie Best International Artist of 1993 and the United Nations chose her to proclaim the International Year of Indigenous People. In July, she headlined a group of indigenous concert artists out on the arctic tundra of Lapland, with the national television stations of Norway, Sweden, Germany and Finland smiling on. She also starred with Pierce Brosnan in the American television film The Broken Chain.

Buffy continues to draw huge crowds on the concert circuit - she played to 210,000 people in Denmark and a million people in Washington DC for the Smithsonian's 150th birthday – but she never forgets her own people and performs regularly on the smallest of reservations across North America. Her art and music are also teaching tools, and she uses these continually to enlighten.

An educator before she was ever known as a singer, Buffy lectures at colleges and civic venues on a wide variety of topics: film scoring, electronic music, songwriting, Native American studies, the Cradleboard Teaching Project, women's issues, the Native genius for government, and remaining positive amidst tough human realities. She serves as Adjunct Professor in Canada at York University in Toronto and First Nations University in Saskatchewan, and in the U.S. was an Evans Chair Scholar at the Evergreen State College in Washington State. She has also taught at the Institute for American Indian Arts in Santa Fe, New Mexico (USA).

An early Macintosh pioneer in digital art and music, by 1994 Buffy Sainte-Marie's huge works were among the first to be seen in museums and galleries across North America: the Glenbow Museum (Calgary), the Emily Carr Gallery (Vancouver), the Mackenzie Gallery (Regina), the Institute for American Indian Art Museum (Santa Fe), The Isaacs Gallery (Toronto), Ramscale Gallery (New York), the G.O.C.A.I.A. Gallery, (Tucson) and the Tucson Museum of Art. The images are created as very limited edition Ilfordchrome photographic prints, ranging in size from two feet to nine feet high. The pieces are then framed and exhibited in galleries, both physical and virtual. For more information, contact webmaster@creative-native.com.

Buffy likens electronic painting to "painting with light". Working on her Macintosh at home, she has used the entire 15 year history of digital imaging software, using mainly Photoshop these days, combining colours and light, sometimes with scanned-in realities (photos, fabrics, feathers and beads) and over-painting with metallic dyes to create huge, brilliantly coloured paintings which she describes as being "both reflective and deep, like new car paint". Her works have graced the covers of Art Focus and Talking Stick magazines and been featured in MS. Magazine, Yahoo, and USA Today.

Buffy Sainte-Marie was very early with digital art and, as digital media caught on, Buffy assisted many other artists in understanding computers as an additional tool for real art. She was keynote speaker at the Interactive '96 conference (in Toronto), where her digital images were exhibited amidst great media attention. Singing a concert with the Regina Symphony with her magnificent huge digital paintings exhibited in the foyer of the concert hall, her continuing theme Cyberskins: Live and Interactive crossed media boundaries, always emphasizing how Indians are alive and thriving even within the digital revolution.

In 1996 Buffy released her seventeenth album Up Where We Belong (EMI), a collection of new songs with new recordings of her best-loved songs. She was awarded the Award for Lifetime Musical Achievement by the First Americans in the Arts who also paid homage to Buffy and her legendary career by naming the award after her.

During the 1990s Buffy Sainte-Marie had limited her concert appearances to about thirty a year, speaking engagements to about the same number, and focused her time mostly on the Cradleboard Teaching Project, using her multimedia skills to create accurate, enriching core curriculum based in Native American cultural perspectives. The American Indian College Fund presented her with their Lifetime Achievement Award. Cradleboard’s interactive multimedia CD-ROM SCIENCE: Through Native American Eyes features Buffy on camera as well as producer and director. Visit www.cradleboard.org to learn more.

Buffy Sainte-Marie virtually invented the role of Native American international activist pop star. Her concern for protecting indigenous intellectual property, and her distaste for the exploitation of Native American artists and performers has kept her in the forefront of activism in the arts for forty years. Since 1969 she has operated the Nihewan Foundation for Native American Education whose Cradleboard Teaching Project serves children and teachers worldwide, free and online.

2009: Buffy is currently touring with her new CD, Running for the Drum and the companion bio-documentary DVD, Buffy Sainte-Marie: A Multimedia Life.

The Best of Buffy Sainte-Marie

She Used to Wanna Be a Ballerina

The Best of Buffy Sainte-Marie Vol. 2

A Golden Hour of the Best of Buffy Sainte-Marie

Up Where We Belong

The Best of the Vanguard Years 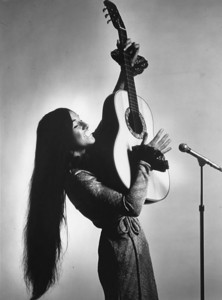 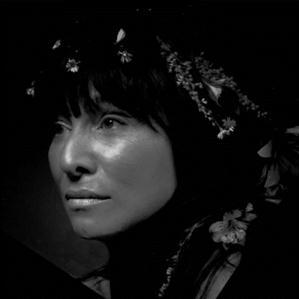