Montreal native Stu Phillips grew up in Calgary, Alberta, in the foothills of the Canadian Rockies, writing many of his early songs there. He grew up listening to the Grand Ole Opry on a small crystal radio set and fell in love with the show and country music in general.

Lately, his music, including the single “Only God,” has been found on the Christian country charts. Stu Phillips still tours and performs on the Opry, although he has also become a minister in the Episcopal Church, receiving his divinity degree from the University of the South in Sewanee, Tennessee.

Marshall Clary is a songwriter, producer, and musical performer who first met Stu Phillips when Stu was recording two of Marshall's songs for the CD album: "Nashville Sings Christian Country" in 1992.

During that first meeting, Stu and Marshall became friends and found that they shared many interests and values, only one of which was music.

During one of their visits together in San Diego, Marshall told Stu about a song on which Marshall was working. The song told a story about a desperate Mexican father who felt it necessary to leave his family behind in Mexico while he attempted to illegally cross the border into California in order to find work. The song was called: "Rio Tijuana." Marshall played the song for Stu. Stu immediately decided that he wanted to record it.

Instead of having Stu record just that one song, Marshall proposed that he write a complete CD album of new songs for Stu to record, along with Rio Tijuana. Stu agreed and Marshall began writing the additional songs that would find their way into the recording studio one year later.

The result of that decision is this current album: "Don't Give Up On Me."

Beginning with Rio Tijuana, the songs of this album tell honest stories about men, women, and families who love each other, who need each other, and who stand by each other during tough times.

This current album is typical of most of the songs that Marshall Clary writes.

Characteristically, the songs that Marshall writes have a country/bluegrass/gospel sound and are inspired by events, people, and experiences that he encounters along life's path. His gospel songs reflect his faith in Jesus Christ and his belief that the Holy Bible contains God's loving advice on how to avoid problems in our lives, and how to recover from the consequences of ignoring what God has to say.

During his professional career in computers and business management, Marshall began writing songs for his own enjoyment, not thinking that he would ever have them recorded or performed by professional artists.

Over the course of many years, Marshall accumulated a stack of such songs and he finally decided to see if he could get them recorded and released.

Meanwhile, his progress in getting his music recorded was accompanied by newly written songs that added to the process.

Since 1992, 41 of Marshall's songs have been recorded and released on six different CD albums by 12 different artists. In addition his songs and performances have been included in at least three Compilation CDs released by other Producers.

His songs have been played on national radio in the USA, on Canadian television, on the Grand Ole Opry, and are now receiving airplay on European radio.

Marshall was born in the Imperial Valley desert area of Southern California, graduated high school in San Diego, attended college at the United States Naval Academy and at American University and holds a BA degree in mathematics and an MBA from Rutgers University.

Have a Nice Day!

Born to be a Man

Born to Be a Man

Don't Give Up On Me

A Journey Through the Provinces

Bull Train // Squaws Along the Yukon

When the Ice Worms Nest Again // The Eskimo Song 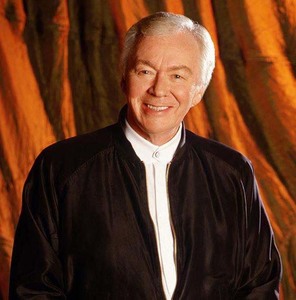