Un serpent sous les fleurs, released March 24th 2009 on Bonsound Records, is Yann Perreau's third and life-changing album. Winner of a Felix at the 2009 ADISQ Gala for Singer-songwriter of the year, nominated at the 2010 Juno Awards for Francophone album of the year, the man behind the hit singles Beau comme on s'aime, Le président danse autrement and L'amour se meurt is only getting raving reviews for his latest album and his show. After this inspiring last year, Yann Perreau is starting 2010 with energy by giving many concerts in France and in Quebec.

Yann Perreau loves human contact and for this poet-songwriter and self-taught interpreter, the stage has always been a playground. At 18 only he walks toward the start of his professional career, and quickly built a reputation for himself as a « beast who swallows the stage! » (Alexandre Vigneault, La Presse). After five years of rock’n’roll as the singer of Doc et les chirurgiens, and after cumulating two albums and hundreds of shows, Perreau decides to packs up his bag and leave the country to begin a life-questioning journey that will lead him straight to the mythic west of America.

In this state of mind, he starts to write the material for his first solo album, Western Romance. After his return, Perreau begins a one-year training at the acting DOJO under the wing of Pol Pelletier, renowned lady of the theater. This union will be crucial for the singer. In November of 2002, the release of Western Romance, co-produced by Gilles Brisebois, will earn Yann Perreau many awards such as the Belgium-Quebec Rapsat-Lelièvre awards, the Miroir Prize at the Festival d’été de Québec and the Félix-Leclerc Prize at the Francofolies de Montréal. The Western Romance show is presented all over the Quebec province, in Belgium, France, Canada and Mexico.

In 2005, Yann Perreau delivers his second album, Nucléaire, produced this time by Éric Goulet. Critics are still unanimous to say that Perreau owns a very special place in the music scene in Quebec. After finalizing a whole new atmosphere, The singer present a brand new show called Perreau et la lune, a luminous mix of both his albums that will make the singer tour constantly in the year of the release. In fall 2007, Stage dynamo Yann Perreau won the Director of the year Félix for the show. 2008 sets the release of the CD\DVD Perreau et la lune, live au Quat'Sous, which gets him a Félix award for the DVD or the year. But all this was before the Un serpent sous les fleurs tornado, release in 2009, that changed Yann Perreau's life forever. 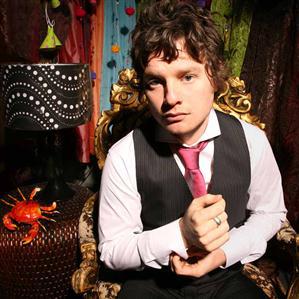