As a veteran of the music scene, Freddie has the authority to say that he's been there and done that ... because he has!

He started his professional career in 1969 playing clubs and bars before the dance floor was allowed. That seems odd to those of us who don't remember those days but it proved to be an advantage to Freddie and those like him. The patrons of those clubs couldn't dance, therefore, wanted to be entertained ... and so they were when Freddie went on stage.

He spent time playing for a wide array of acts and tried his luck in Nashville and Toronto before compiling a group of Calgary musicians to form his own band "The Northwest Rebellion." They acted as house band at the Ranchman's, a famed Calgary hot spot, for two years straight, backing up weekly Nashville and Canadian acts. In 1972 he released his first album on Quality Records where two singles hit #10 on the Canadian country charts. A few years later he released a second album but the country music scene was changing and unfortunately for Freddie, instrumental albums would be all but extinct on country radio.

He spent a few years away from the country music scene but, lucky for us fans, returned with a renewed passion and determination to better himself as a player. This is why he has continued to survive the ever-changing facets of the music business. His mentor was the late, George Moodey, and he speaks of George like a father. He says that "Big George" taught him to analyze and really learn what he was doing instead of just going through the motions. This helped Freddie advance to a new level of guitar picking.

Freddie has worked with Ian Tyson, Gene Watson, Ferlin Husky and Donna and Leroy, to name a few. He spent six years on the nationally televised country music show "Number One West" and is endorsed by Peavey and Fury guitars. His 60-minute instructional video "Hot Practical Country Guitar Licks" was the Ruemark video distribution company's #14 bestseller.

The pinnacle of his career has been watching his son, Clinton grow into an extraordinary guitarist. Freddie and Clinton together have released a 60-minute beginner instructional video and an instrumental album entitled "Like Father, Like Son."

As of late, again flowing with changing times, Freddie has stepped away from a full band and is playing shows and entertaining as a guitar duo with wife, Sheila. He's also found his niche backing fiddlers like Canadian Grand Masters Fiddle Champs Calvin Vollrath and April Verch and has made numerous recent overseas appearances with them.

Throughout his career, and to date, he has taught guitar and has enjoyed seeing many of his students go on to rewarding musical careers.

Freddie's distinctive style is a pleasure to the ear and his love for music and his craft has assisted him in becoming one of Canada's greatest guitarists! 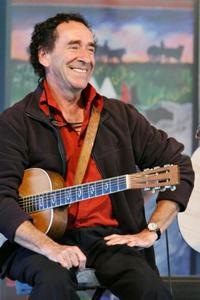 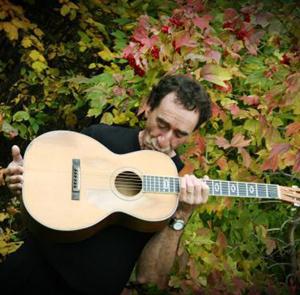