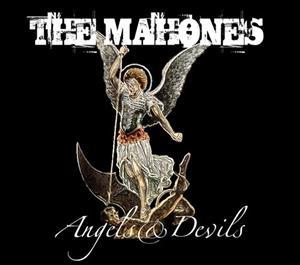 Heralded as pioneers of the Irish punk scene, and internationally recognized as one of the best and hardest working punk outfits around, The Mahones are back with Angels & Devils, their eighth studio album. Created in 21 days in several different countries, Finny McConnell produced Angels & Devils at Red Rhino Studios in Montreal, after recording sessions with his band mates in both Belfast and Amsterdam. The Mahones’ last album, The Black Irish, was voted Best Punk Album at The Independent Music Awards, and the band was determined to follow-it up with an even bigger, better sound.

“20 plus years in the game and The Mahones still got it - they manage to keep things fresh yet keep the old fans happy!”
–John Murphy, Shite ‘N’ Onions (Boston)