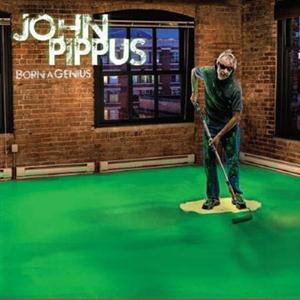 "It appears that he has exorcised a few of his demons after the lonely pre-dawn lament of his first album, and he’s got stuff to say." - Shelley Gummeson, Earshot Magazine, Sept. 17/10

"Pippus's second CD can't be labelled blues or tagged folk but it is earthy without also being retro... As varied as it is, humour and energy might be the album's unifying factor." - Tom Harrison, Province Newspaper, Aug. 15/10

All profits from the sale of the CD go to KIVA.ORG. This organization facilitates "micro loans" to start up businesses in developing countries. credits released 15 September 2010

Produced and recorded by Adam Bailie

John’s lead vocals and rhythm guitar were recorded by Michael Nowak at Saga Recording, Vancouver, BC. except:
“Let’s Legalize It” and some lead vocal lines for “It’s Just Music”. Recorded by Adam Bailie.