Situated somewhere between the musical influences of John Hiatt, Tom Waits, and Kris Kristopherson, Vancouver singer/songwriter John Pippus has just released his third full-length album, "Wrapped Up In The Blues".

From sharing a stage with Jackson Browne to playing to small, but appreciative coffee house audiences, John has lived a life filled with music and well-earned stories. SoundProof Magazine has declared him, "…a folk/roots gem"; The Vancouver Province says he's: "…a refined tunesmith with serious pop hooks". Earshot Magazine's Shelley Gummeson says:"He has a gift for making us believe that he's been down road and around the block, and is still kickin' it."

"Born A Genius", John's second album, according to music critic, Tom Harrison: "Can't be labelled blues or tagged folk but it is earthy without also being retro… As varied as it is, humour and energy might be the album's unifying factors".

On the new album, Harrison says, "...just plain lovely". The Vancouver Sun's Francois Marchand says, "If John Pippus’s Wrapped Up in the Blues does one thing brilliantly, it’s to fully live up to its name. The Vancouver bluesman lives and breathes his musical muse".

John is also a successful playwright and actor. In 2009, John debuted his award-winning, one-man musical memoir "Oh Winnipeg!" at the Victoria Fringe Festival. He went on to perform his play in Vancouver (where the play won "Pick of the Fest") and at the 2010 Winnipeg Fringe Fest. 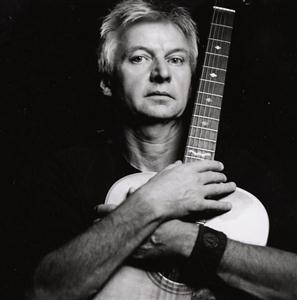