"Once a novelty wears off, the serious aspects of music take hold. I think in most cases, we enter a novelty or anything really, quite innocent of what is really ahead beyond the first blind step. So it is with me. I finally realized music as a very important means of communication. Communication in that we hope we reach you both in our music and in our lyrics and also a means to really understand each other. Aspects of communication are co-operation, togetherness, insight, creativity, imagination and a determination to do it right. Cargo consists of one crate, working together, fixing the holes, sometimes in agreement but at least attempting to fix the holes. Thanks for the spark. N.M.B. Our music says it."
-Garth Vagan.

"This is our last attempt to get at you. I don't know what's been accomplished in the last four years; it can't be measured in numbers or dollars and I guess that's what really happened."
-Bruce Oxley

"One of the greatest gifts a man can give is a product of his own heart, the only greater gift is life itself."
-Merv Buchanan.

"A group can do wonders for a person. So much is demanded of one; it seems nearly inhuman but when a group reaches the point we're at now, they can honestly say it was worth it. It would be a relief to explain the whole function of a group but I'm afraid there's not enough space or my own realization. I have learned one thing and it's been confirmed many times, and that is: follow your heart, do what you want, what you really want to do and force your whole self behind it. You may starve in your tiny sparsely furnished flat, but you won't starve as much as the guy who forgot his heart when he decided his way of life."
-Mike Proudfoot 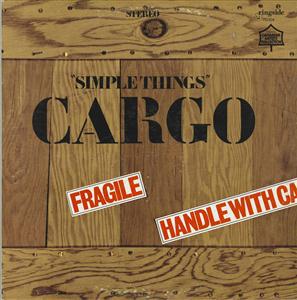