Cargo - Front Side, Back Side 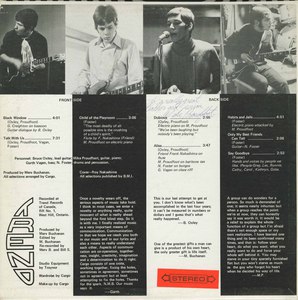 Cargo -/ Front Side, Back Side 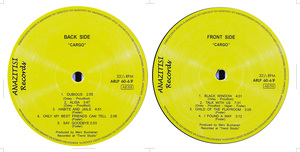 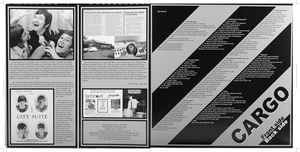 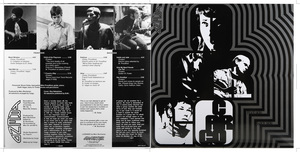 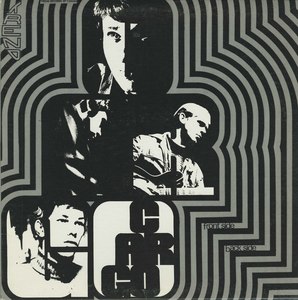 Dreamy, jazzy psych rock that's not particularly known by collectors. It has a spaced out feel that shoul appeal to some.... The drumming is heavy on atmospheric cymbals, the songs are mostly at slow tempos and the vocals are heavily reverbed...Has a nice feel and a few good moments...
-Aaron Milenski, Acid Archives

For some reason there is a bunch of obscure Canadian Lps with a similar sound, a late-night jazzy psychrock mood like the loungier side of Doors, usually with keyboards upfront and understated guitar picking. This is a typical expression of that sound, with flute instead of organ, moody yet expressive vocals, and long tracks that seem to find their path as they go along.

Recorded live in parts or wholly, which adds to the organic basement feel - one track actually has lounge ambience with people chatting and ordering drinks louder than the music! Songwriting isn't elaborate, yet the persistent mood and refusal to compromise makes for a memorable experience, with a couple of snakey instrumental excursions developing into hypnotic 3 AM Canadian rye hallucinations.